Wondering why this ethernet wall plug is not working?

Everything appears to be connected up correctly, but it does not appear to be functioning.

Here are photos of the wiring. 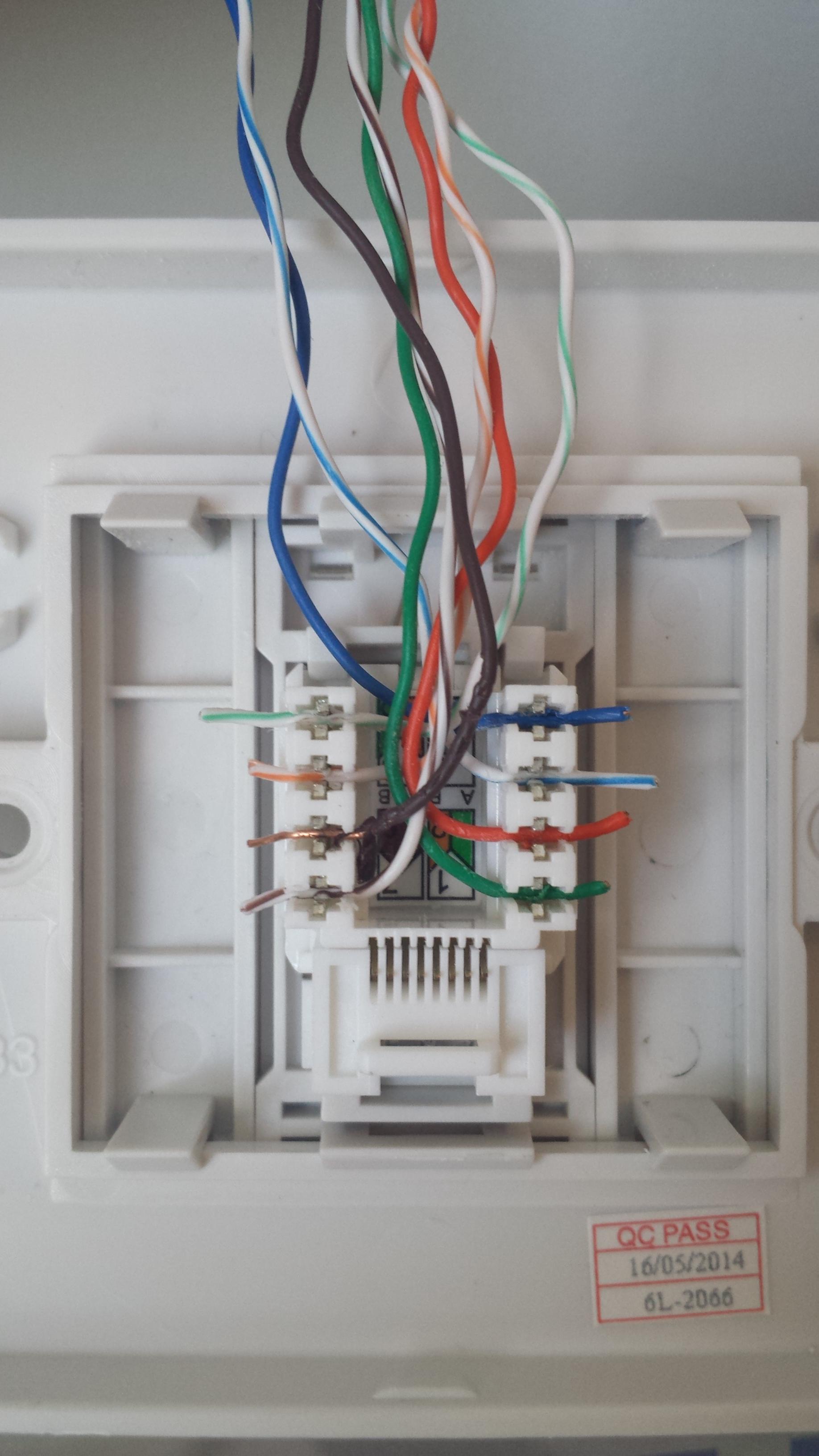 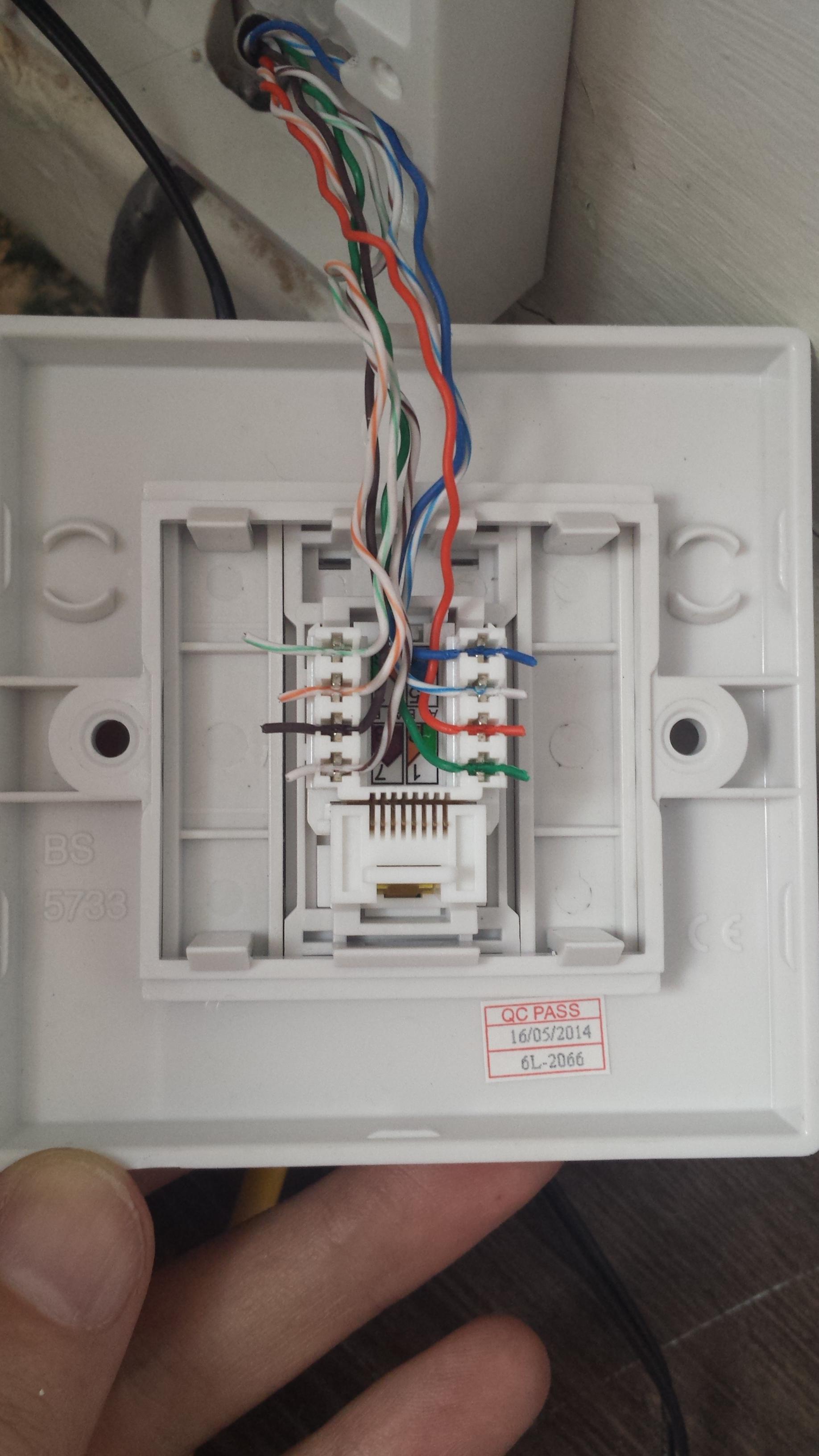 What I have tried

Room 1 has the internet router. An ethernet cable connects the router to the ethernet wall socket.

Room 2 has a laptop. An ethernet cable connects the laptop to the ethernet wall socket.

If I connect the laptop to a internet router via said ethernet wall socket, it does not work.

It works perfectly now, after following the answer by @Dwayne Reid.

This practical example has helped me understand more about the physics that run our world.

9 months on, and it's still working solidly. @Dwayne Reid and @Charles Cowie, thank you again!

Over 2 years later, and it's still working brilliantly. @Dwayne Reid and @Charles Cowie, if I could buy you a beer, I would!

You have both the green and orange wires going to that bottom right pair of terminals - that is wrong. Pull those wires off the terminals and match up the solid color with the white + striped color on the appropriate pins

2) You are violating the maximum amount of un-twist allowed in the wire pairs. Ethernet signals are VERY fast and passing an undistorted signal relies upon the pair impedance being constant. When you have large sections of wire that are not twisted, you get impedance discontinuities which leads to signal degradation.

Not the answer you're looking for? Browse other questions tagged ethernet or ask your own question.

11
Can I split one Ethernet line coming out of my wall into multiple separate lines?
0
Ethernet Connection has Stopped Working
0
How to wire cut ethernet cable that is weirdly-wired at ends?
2
Ethernet wall socket works only with powered LAN-switch
0
home network wall socket ethernet not connected
1
Ethernet in a cavity wall?
7
How do I split my modem connection into a router and an additional ethernet output?
0
Unable to get 1Gbps Connection Speed