Installed windows 10 and Linux, how to safely remove the Lenovo recovery partitions without messing up the boot?

Please look at the following screenshots.

The pictures are attached below. 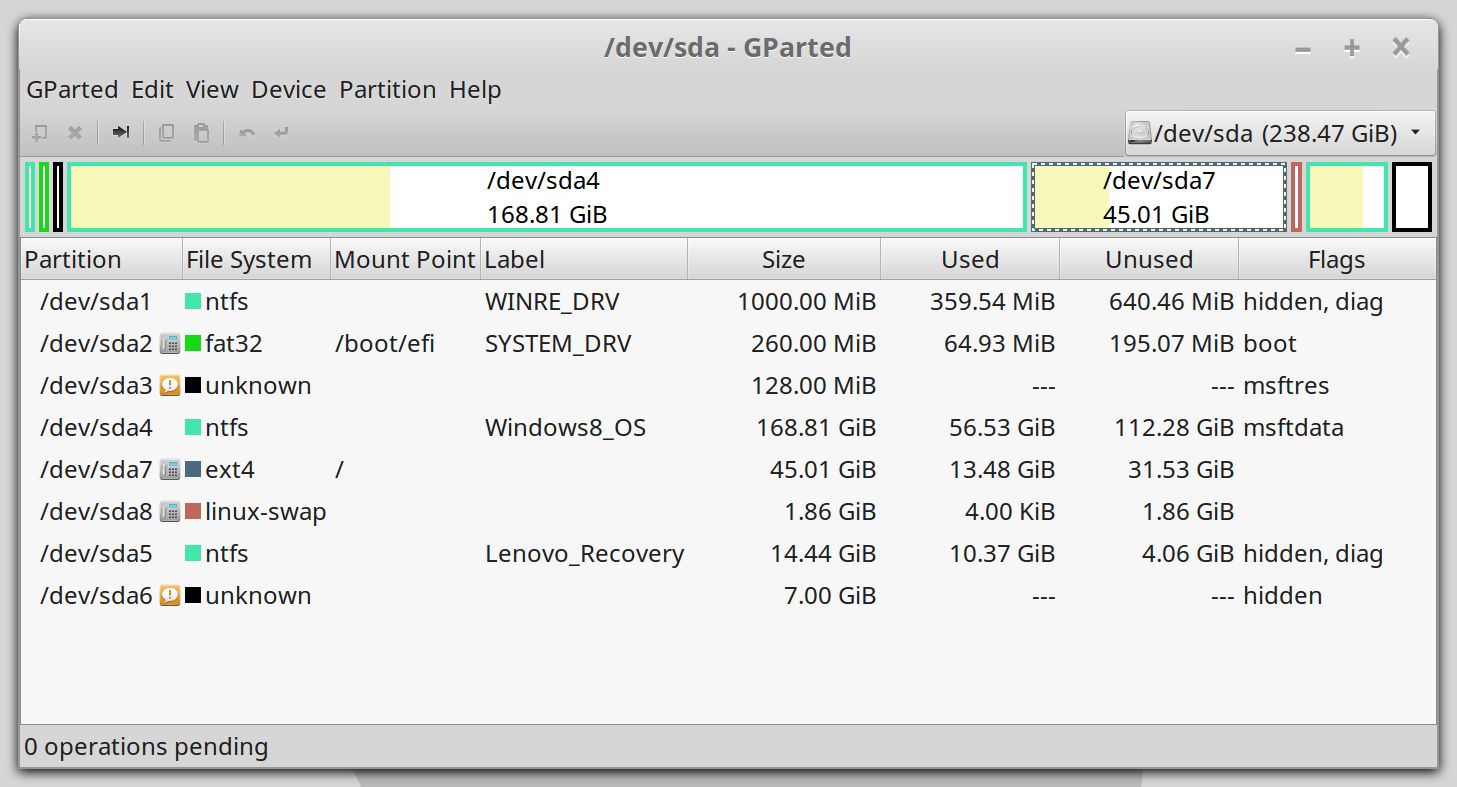 Before you do anything, I suggest making an image of the entire disk. That way you can recover if anything goes wrong. Also, do it in steps. That is, just do one step at a time, and boot both OS's in between steps so you can be sure nothing is broken.

sda5 and sda6 should be OK to remove. I don't think you will need to make any modifications to the boot configurations. After that, you can move sda7 and sda8 to the right. That will take a significant amount of time, because it has to physically move all of the data. Once that's done, extending sda4 should be a breeze.

I'm not well-versed in EFI, but I'm thinking you need to keep sda1. I don't think Windows will be able to boot without it. Even if I'm wrong about that, I don't think it's really worth the effort to try and recover that space.

Not the answer you're looking for? Browse other questions tagged linux windows hard-drive boot partitioning or ask your own question.

0
How can I identify which device caused a `/dev` entry?
1
How to partition so as to install more Linux Distributions
5
How can I manually delete my Ubuntu partition?
2
I am running a dual boot, but now have 13 different options to choose from
0
Restore Windows 8 and Linux (Debian) /boot/efi
1
Does dual boot linux need two swap partitions?
0
Where does the BIOS get the boot options from and how do I remove them?
1
Resizing partitions; more Linux and less Windows