on Windows 7/8 it was possible to 'never combine, hide labels' with the minwidth registry hack. However on Windows 10 this no longer works.

This is the sole issue preventing me from using Win10 on my primary desktop. (I have been using it for months on my 'play' computer)

I was wondering whether it was possible to monitor the registry to see if a minwidth equivalent key is being read. Using process monitor it will report what keys were attempted to be read, even if they didn't exist.

The problem is getting process monitor to monitor the explorer process as the user is logging in. (I attempted to create a boot log, but I couldn't get it to load - it had an error that I forget now)

I tried auditing the HKEY_CURRENT_USER\Control Panel\Desktop\WindowMetrics\ key, but that just says that an attempt was made to read, it doesn't report what was attempted to be read. i.e. it says WindowsMetrics was read, rather than MinWidth was read.

So my questions are...

Is this a course of action that might yield a suitable registry hack for minwidth on 10?

If this doesn't work, is the taskbar api accessible enough to create a small program that would perform this task

I don't have Windows 10, but the free 7+ Taskbar Tweaker is supposed to have this tweak.

Set the taskbar properties to "Always combine, hide labels", then in taskbar tweaker set Combining to "Don’t combine". You can also configure this option per application. 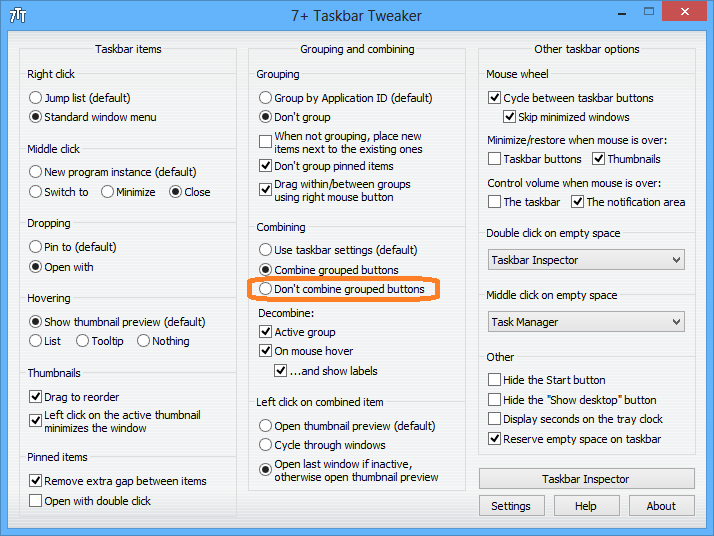 Go to taskbar setting in Windows 10. 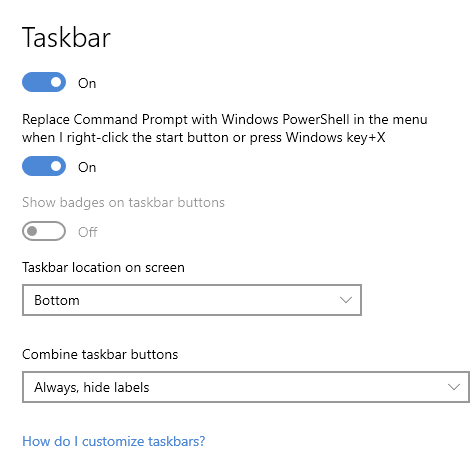 Viola!! here is your answer.

Not the answer you're looking for? Browse other questions tagged windows-registry windows-10 or ask your own question.

7
What is the "IsolatedCommand" registry value? What purpose does it serve?
0
Registry Tweak for Instant Effect on Windows
12
Why can't I change Window 10 registry key?
0
How can I update the registry values every time Windows starts?
3
File extension shell verbs don't show up in Windows 10 context menus