I have a problem with my font rendering under Linux Mint 17.1 Rebecca with Kernel 3.17.1. The spacing for monospace fonts is really wrong, some letters are bold and misplaced. At some places the font appears italic and I don't know why. It just looks terrible. 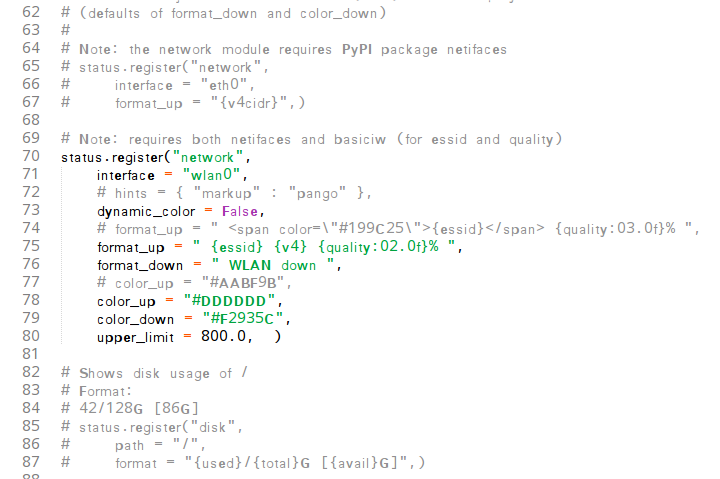 The font settings are set to default:

Antialiasing and Hinting are not the problem! Also, I did not touch the fonts themselves (I also ran diff).

The problem does appear when I log in with different users, and in cinnamon as well as in i3. I am not using a custom ~/.config/fontconfig file and did not change /etc/fonts/fonts.conf.

Even if I change the font in Sublime to "Times", only numbers seem to be affected.

The problem affects the following applications:

while it does not affect:

I copied this file to /etc/fonts/conf.avail and commented out the block in question. Then, changing the corresponding symlink in /etc/fonts/conf.d to point to this new file removed "Noto Sans CJK TC" from the top of the list of fonts matching 'monospace' and the system's default monospace font reverted to what it was before I installed fonts-noto.

Verify your font match for monospace with

For me, it's match with "Noto ... CJK... " something. So I uninstall the package fonts-noto-cjk and solve my problem.

Not the answer you're looking for? Browse other questions tagged linux fonts sublime-text-3 gnome-terminal fontconfig or ask your own question.

51
Better Ubuntu Fonts
5
Demystifying Font Appearance on Linux : The Proper Way
6
How can I turn off font-antialiasing only for gnome-terminal, but not for other applications?
2
Default Fonts - How they're chosen
0
Point Size with X11 Fonts
1
Windows 7 Notepad using Terminal 6 font shrinks line font with grave character
2
Fastest rendering fonts in gnome-terminal