Why does Windows claim to be low on memory when I have swap space available?

I have 4GB of RAM. But according to system monitor my PC never uses above 3.1 GB. When it reaches 3.1 GB used apps start to shut down/crash.

Why is that remaining 800MB not used?

I found a few web resources like: The usable memory may be less than the installed memory on Windows 7-based computers

But my PC does not say anything about usable memory. It's only 4GB and not limited.

Also found few other questions here, but every one has usable part displayed. And my PC does not show it.

I get the following error almost constantly: 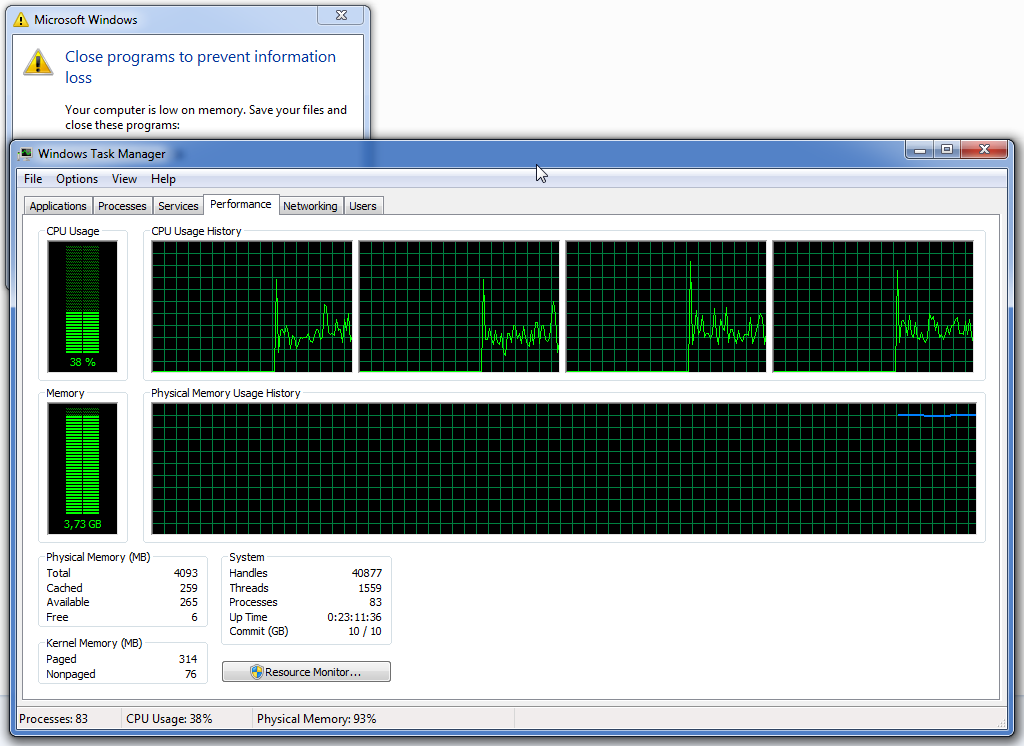 Shouldn't it use swap instead of issuing errors?

Just a thought: I have less than 10% free space on disks, and they're red. It's still plenty of space on HDD, but maybe Windows then tries not to use swap? 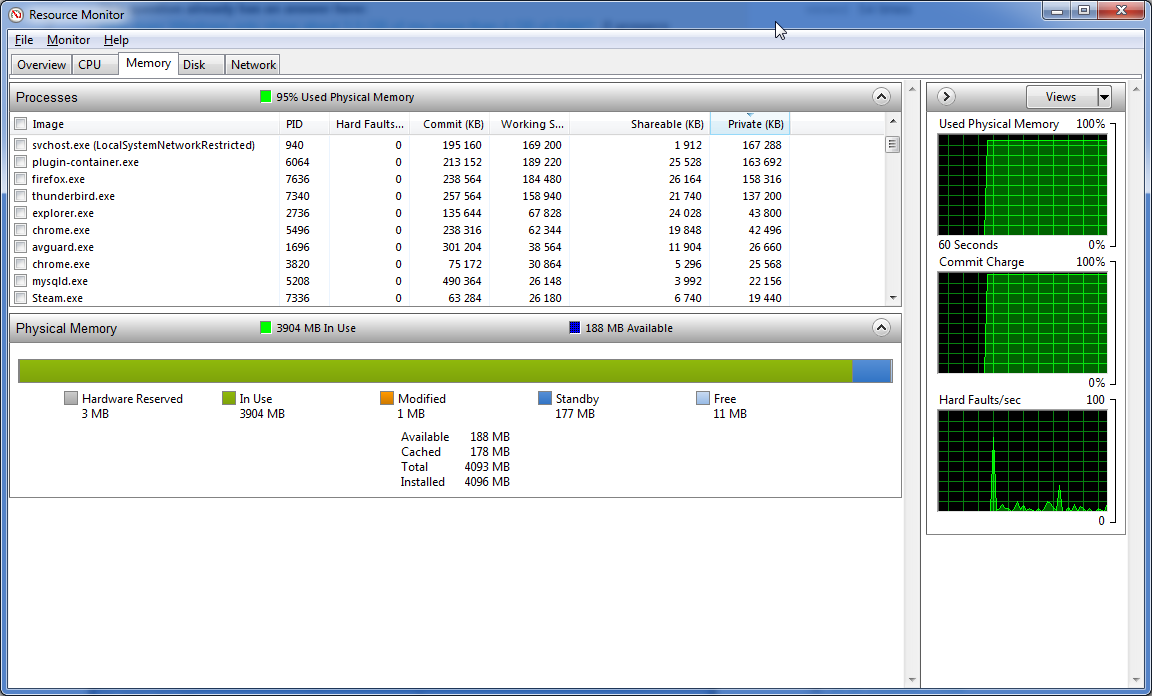 Also, a screenshot of how swap file looks like when errors appear: 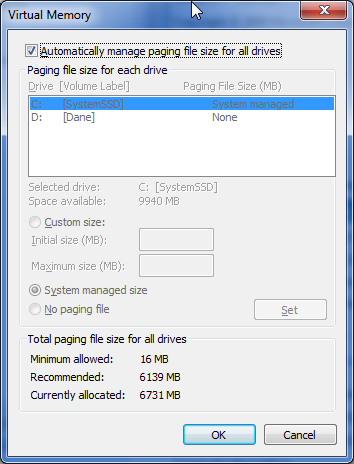 You really are out of memory (virtual memory, that is)

Take a look at your the Commit Charge as highlighted in your Task Manager screen shot:

According to this Super User answer:

This is a hard limit: Windows cannot grant requests by programs for more memory beyond it. This screen shot indicates you have 10 GB of a possible 10 GB allocated to programs. This is triggering the "Out of memory" message.

Not the answer you're looking for? Browse other questions tagged windows-7 memory 64-bit or ask your own question.

89
Why does Windows only show about 3.5 GB of my 4 GB of RAM?
45
Available memory differs by several GiB from what is installed
25
Commit charge is 100% full but physical memory is just 60% when using no page file

61
How to disable Mac OS X from using swap when there still is “Inactive” memory?
4
OS X Memory Usage Doesn't Add Up
1
possibility of swap space has larger data in it than in my physical memory
17
Computer doesn't use more than 4 of my 8GB of RAM…? (64-bit computer)
2
Task Manager & Resource Monitor Does Not See Added RAM