How to clean CD / DVD that have mold on them

I notice some of my favourite CD and DVD have some mold on them. How do I go about to clean them so that I can still play them?

DVD and CD are made of Polycarbonate, usually indicated as #7 on resin code (recycling symbol).

According to this answer:

... polycarbonate, which is not very soluble in ethanol or isopropanol, but prolonged exposure may cause crazing or stiffening.

That answer also mentioned that

Soap is not ideal as it is a fat based product, and can leave residue.

Detergent (a type of surfactants) is probably better, but as its chemical compond can vary a lot, it is difficult to say here.

It is safer to use distilled water first, and dry it with microfiber cloth.

There are also cleaning kits available, which I assume includes some kind of safe surfactant spray.

I have found dishwashing liquid is a better cleaning agent with less chemical fumes (compared to mould remover). It's also widely available and cheap.

Identify that the disc has mould growing on the surface (usually the data side). Look closely. 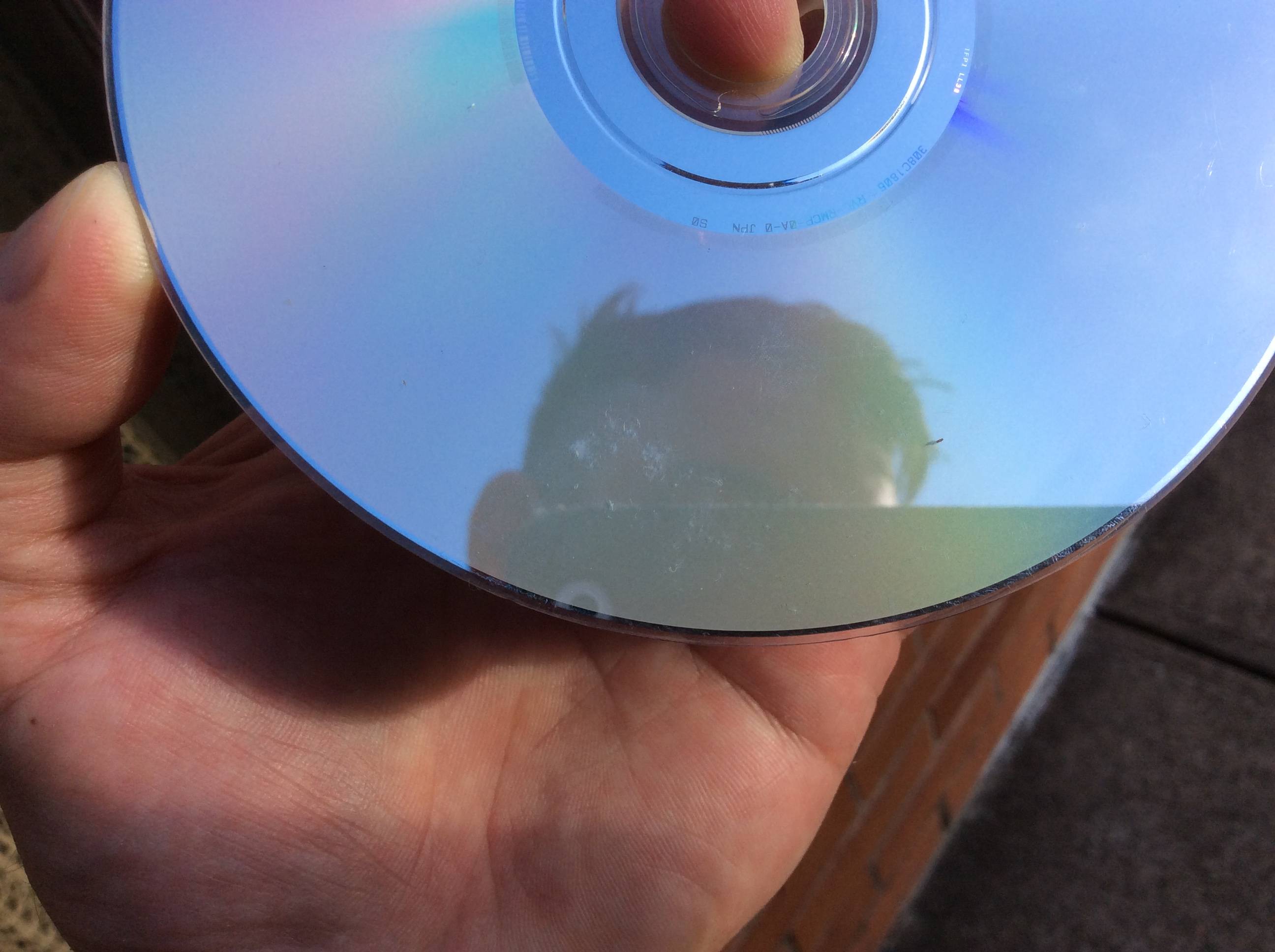 Wash your hands with soap to remove excess hand grease and any particles that may cause scratching.

If you have a few discs to clean (3/4 at a time), arrange them near a sink with some clear bench area. You may want to use an old towel to rest them on. Grab some dishwashing liquid.

Run water slowly over the disc data side up. The water beeds on the disc surface holding it horizontal. Drip one or two drops of dishwashing liquid onto one of the beads of water.

Move the liquid around a little with your finger and then carefully add a small amount of water. Rub the disc gently with your thumb(s) in an outward circular motion for 5 - 15 seconds rotating the disc for even coverage. Do the same for the other side. 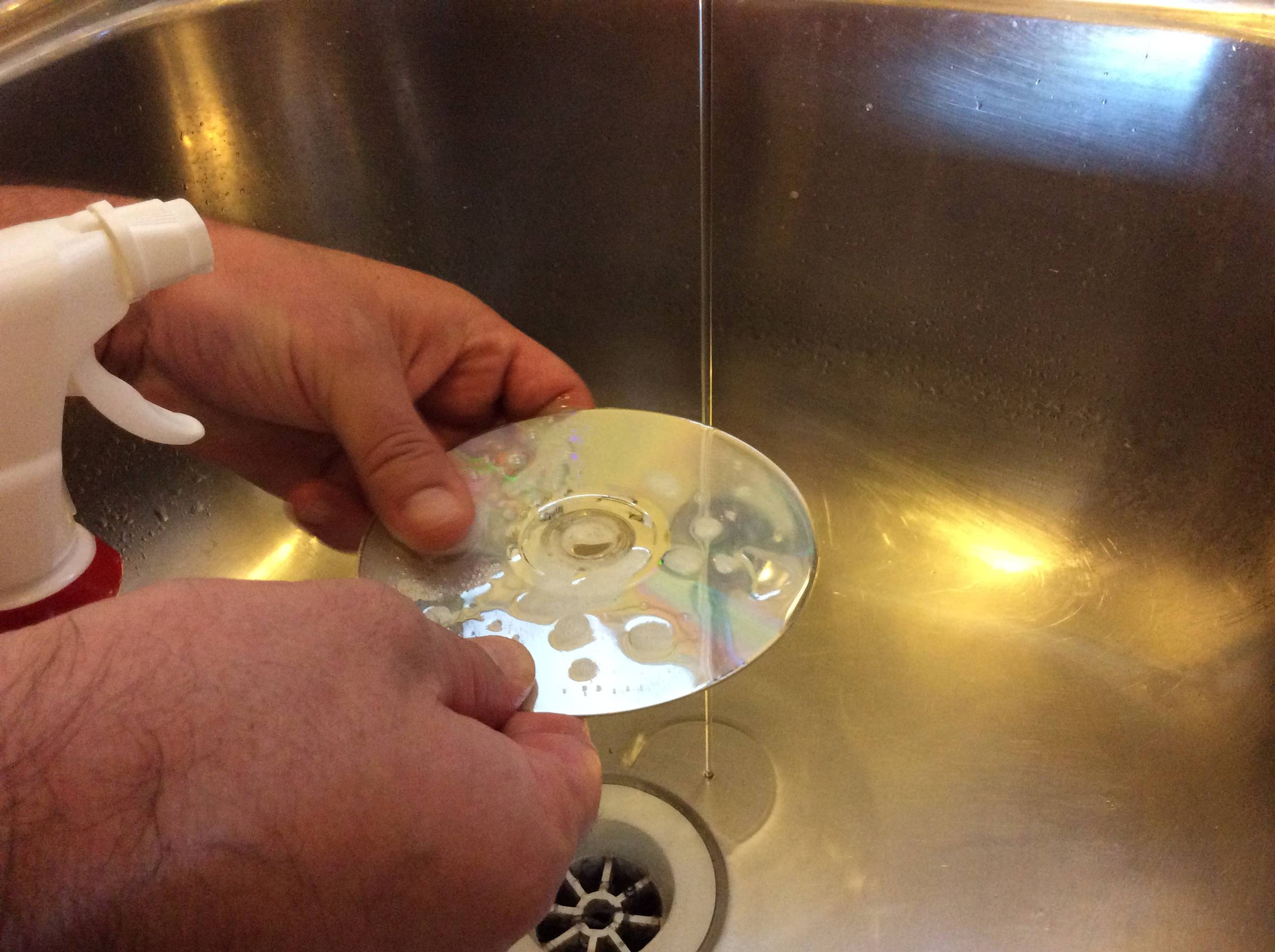 Rinse the disc clean holding the disc between thumb and forefinger. Flick the excess water off and check the mould has been removed. If not, repeat the clean. Shake off as much water as possible. 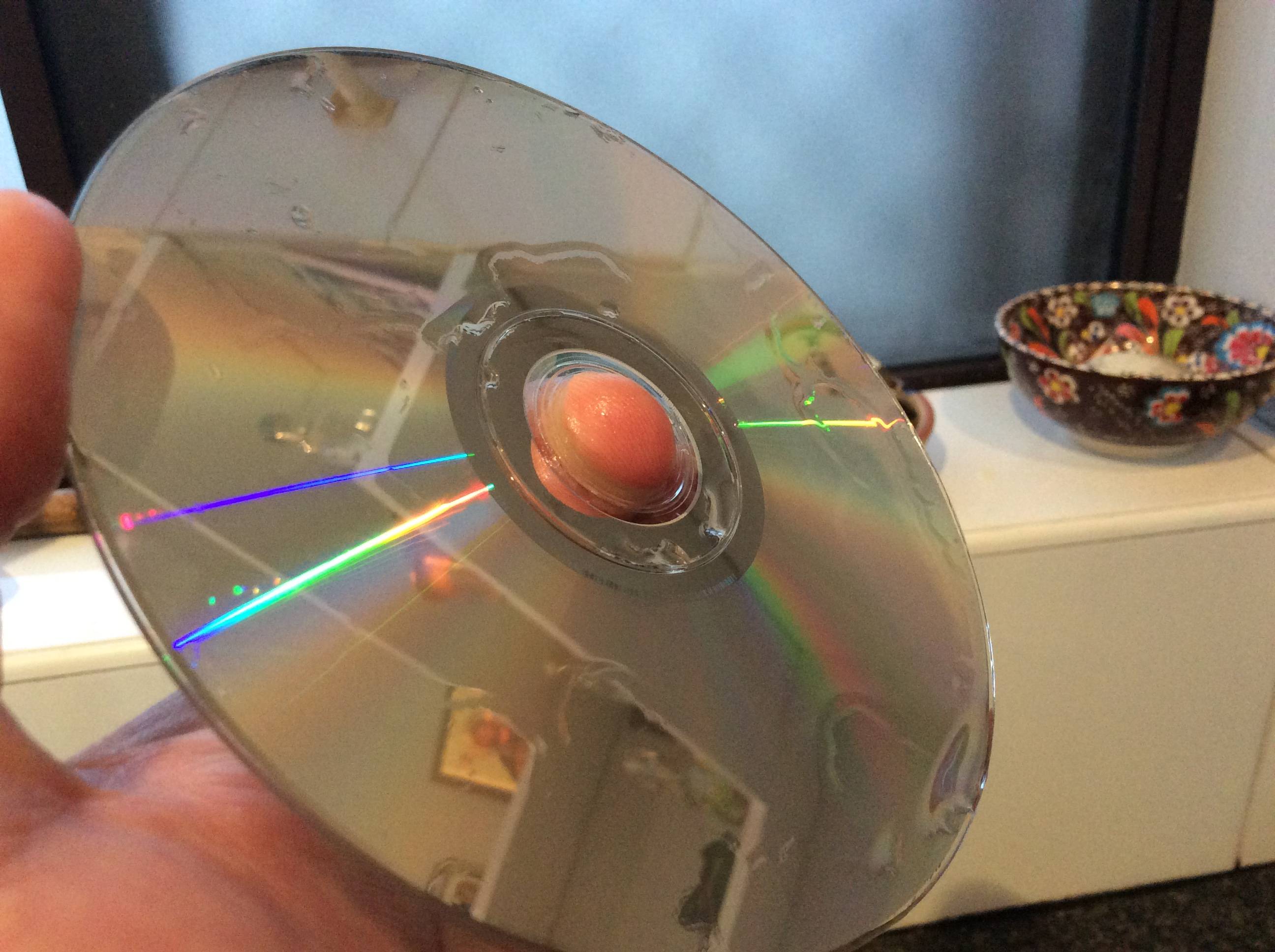 Prepare some pieces of clean paper towel with as little amount of dusty fibres as possible. Arrange 3 drying phases of 2 pieces folded (in sequence) and a drying final resting piece. Push the disc down flat on the first phase with an additional piece of paper towel, move it to the second phase repeat and then the third phase. If the disc still has microdots of water rotate the disc in the air (not rotating while touching the paper towel) and repeat. Then leave on the resting piece. Confirm the mould is gone and the disc is OK. 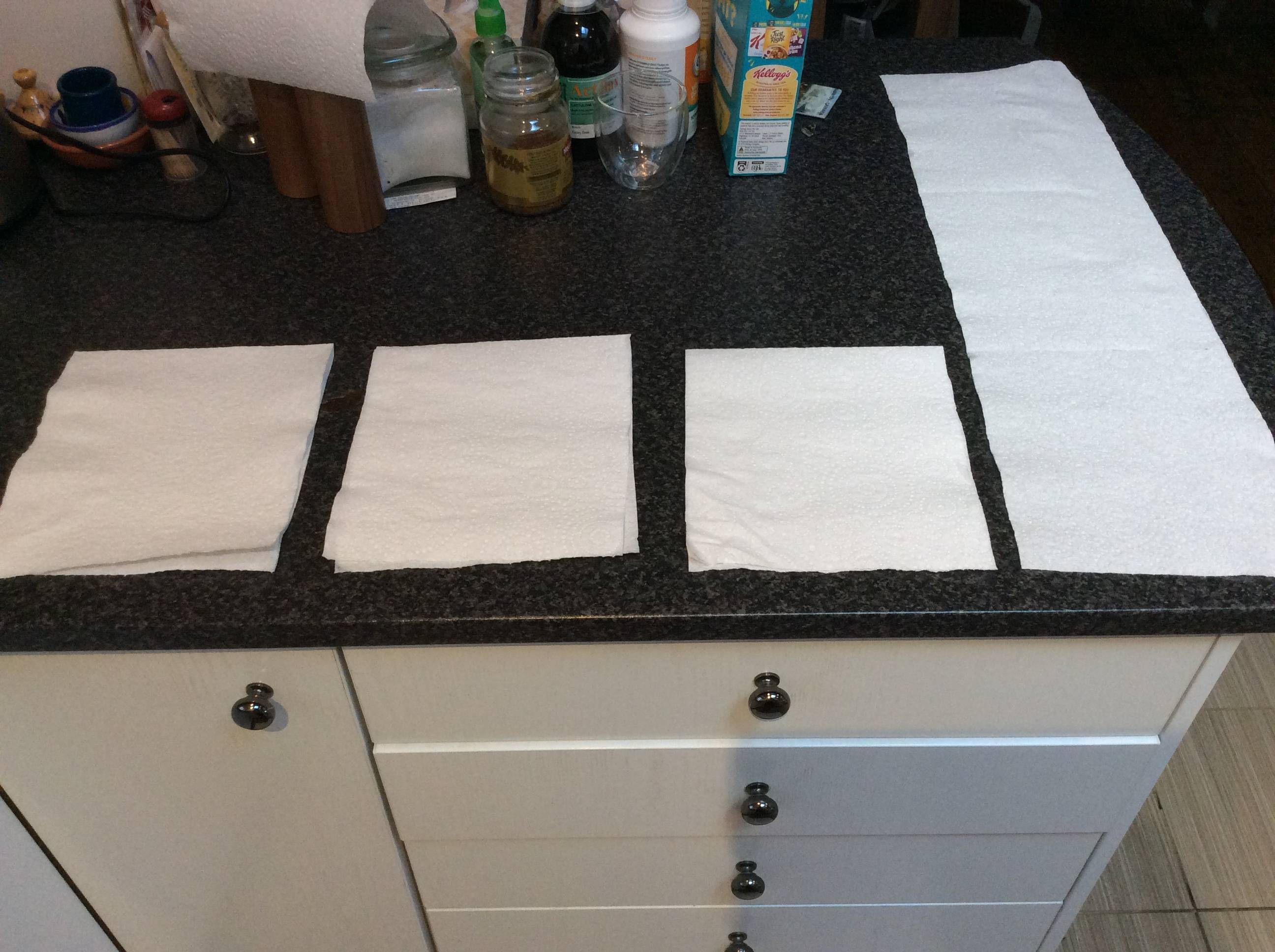 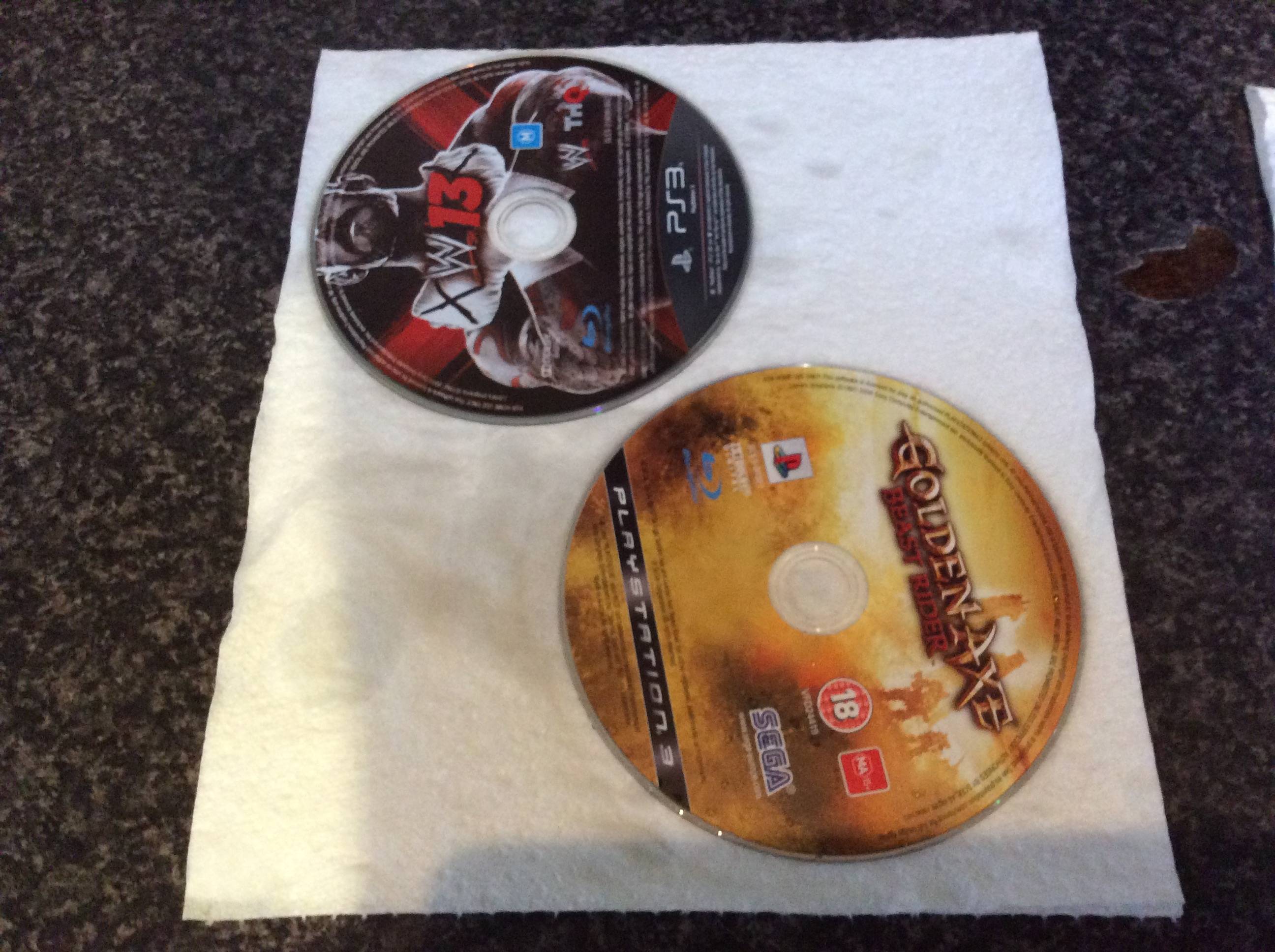 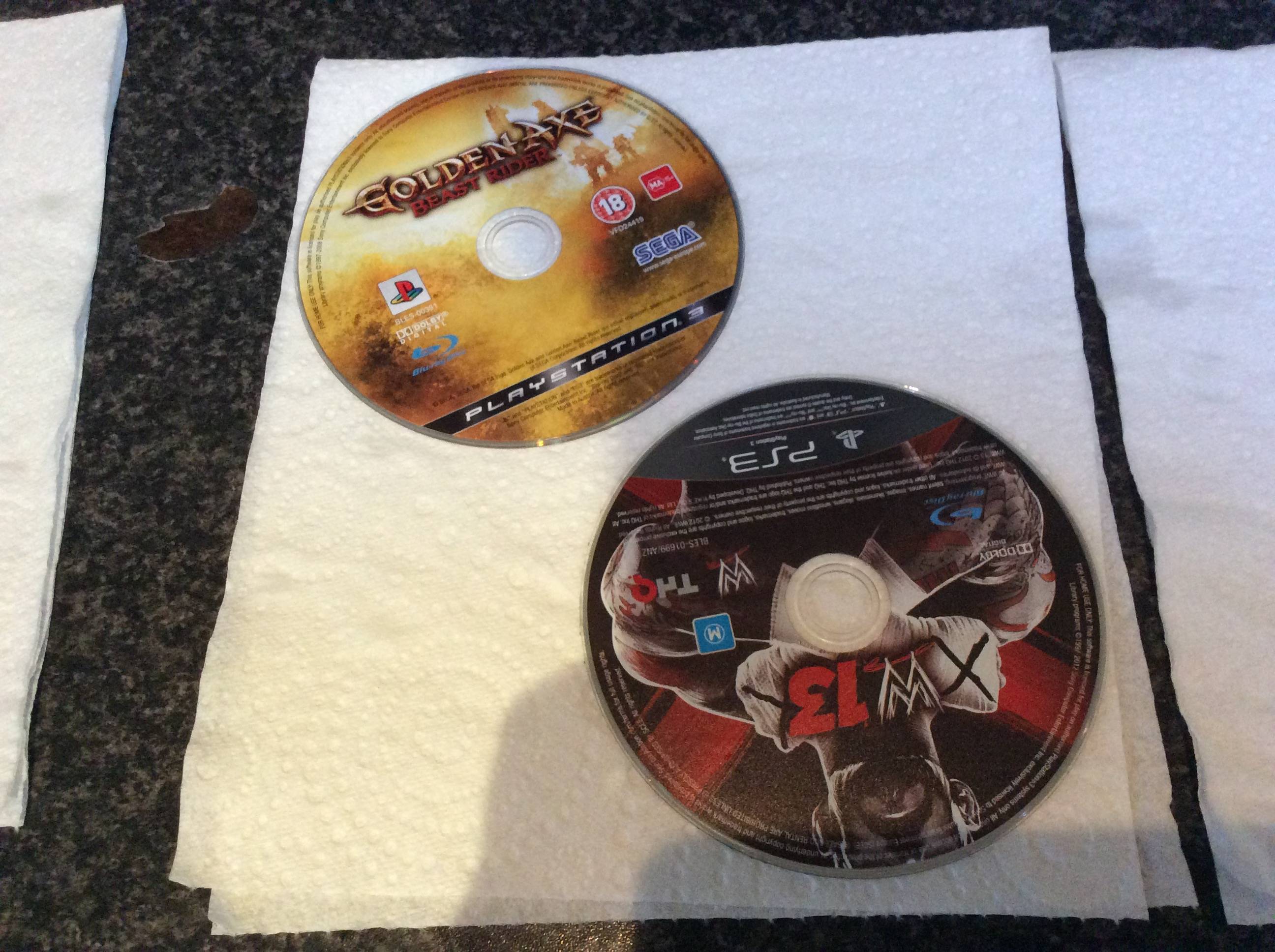 You mention mold, therefore I recommend using something like a mild solution of borax, which you can find in the laundry section of a grocery store. Probably under the brand-name "Twenty Mule Team," is a definitive way to eliminate and to prevent mold and fungus. Apply it to the surface and let it dry. Apply it also, using a light sprayer, to the insides of the sleeves and, once again, let it dry completely.

It's quite amazing to see what "lil' ol borax" actually does to the molecular structure of these organisms. One writer said, "it looks like a nuclear explosion hit it." (Other things that you might think to try, like bleach, don't even come close.)

I'd also suggest to make copies of the disks that show signs of damage due to the mold. If the disks are from different manufacturers and all / most the disks with the mold are of the same type, copy everything from the disks from this manufacturer to new disks.

To prevent this in the future keep your CD/DVD's in a case or a plastic wallet.

Not the answer you're looking for? Browse other questions tagged dvd compact-disc or ask your own question.

2
How do I extract a movie from a DVD to put them on another CD?
0
Have to eject DVD after every write with growisofs
3
How do people create DVDs which have more data that it allows
0
How do I copy only certain parts of a DVD and burn them to a different DVD?
26
How can I copy a DVD to another DVD using a single DVD drive?
3
How to split a DVD into multiple CDs
0
How to load DICOM CD/DVD used as a USB faster?