I have a VMWare Player version 6.0.0 installed on my machine since when I was using Windows 7 x64. Some time ago I updated the later to Windows 10 and when I started my Linux Ubuntu Gnome with VMWare, a problem appeared.

I have a external Samsung HD connected via USB 2.0 to my PC. Back when using Windows 7.0, when I started the Ubuntu inside VMWare this would automatically reconnect the external HD to Ubuntu and everything would work fine. But this didn't occur after the update to Windows 10: I don't remember the first message, but the external HD couldn't be connected to the Ubuntu virtual machine.

I searched the web for explanations, but no comments were found for this problem for this particular situation and I can't judge if the answers for other ocasions when similar driver errors occured would work for me.

So why this error and what should I do?

After downloading a newer version of VMware Player, the device still wasn't automatically connected to the virtual machine as usual and when I tried to do it manually, I got an even worst scenario: 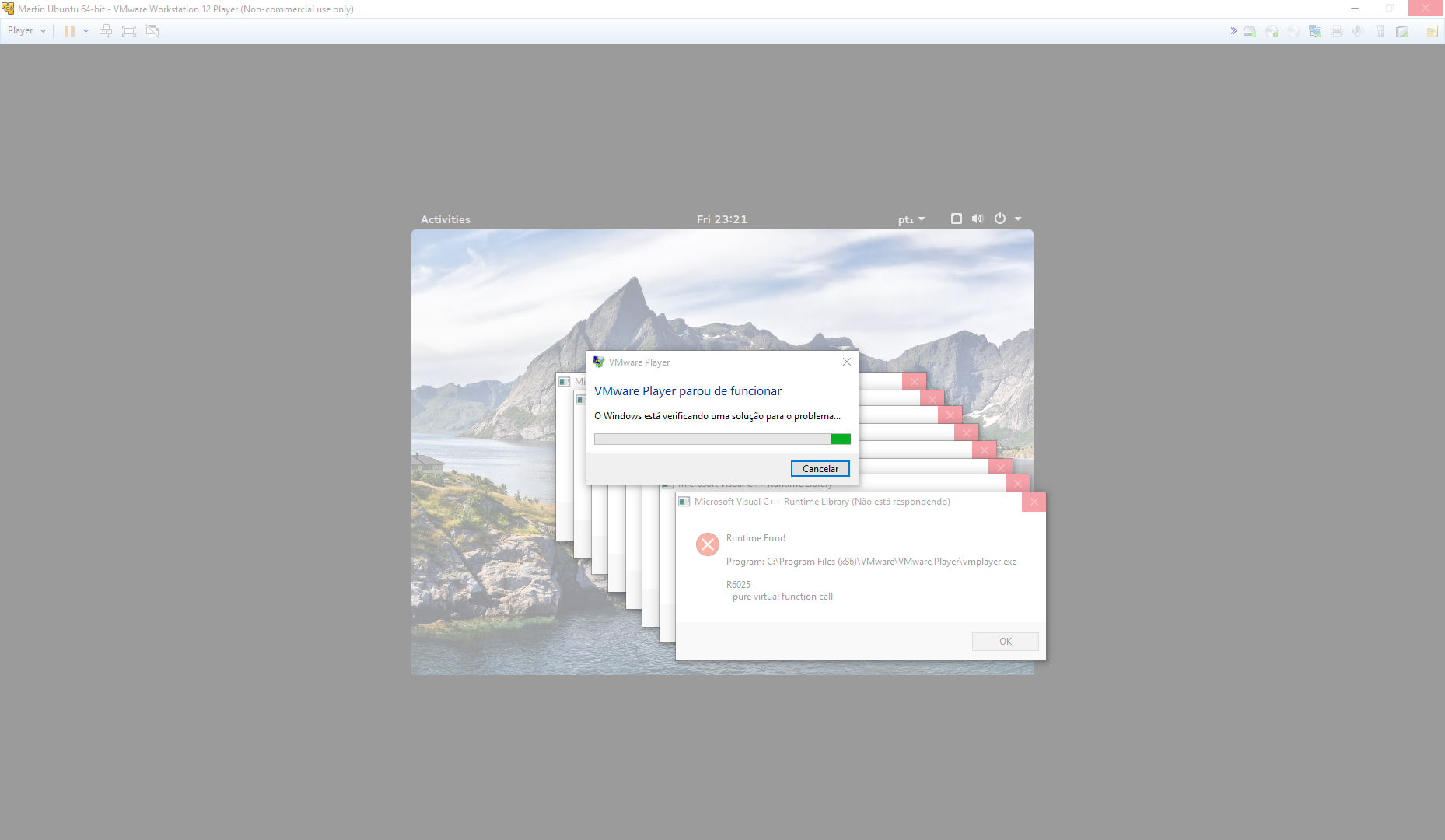 Everything was working fine before trying to do the connect. The "VMware stop working" pop-up appeared right after clicking one of the "Runtime Error" message boxes that started appearing one after the other.

You probably should try a newer version of VMware Player. As of writing, the current version is 12.0 (I wrote 8 in an earlier comment, but I got confused because VMware recently renumbered it to be in sync with the VMware Workstation version number.)

VMware Player is free for personal use, so you probably might as well upgrade. If nothing else, by running the latest version, you're much more likely to get help from VMware or from other users if you run into problems.

It's not just you, I have verified this is a VM Player Bug, or Windows 10 issue.

This is a screenshot of the error, showing

All the tests I've done is on a clean install. No other 3rd party programs, just Windows 10 and VM Player. One time I even installed all the C++ runtime redistributables from 2005-2013, still same results without installing them.

The current solution is to either downgrade back to Windows 7 for VMPlayer. Or Switch to VirtualBox if you have to use Windows 10. 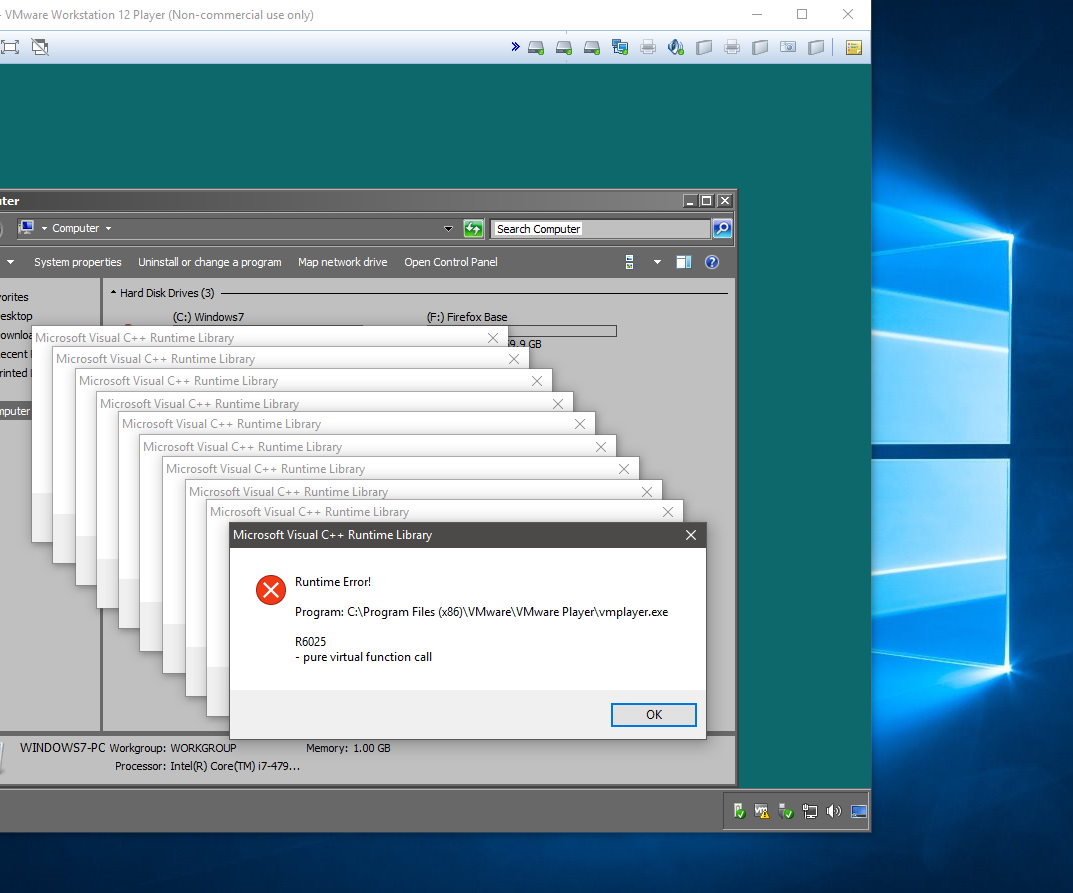 Not the answer you're looking for? Browse other questions tagged windows-10 usb virtual-machine vmware-player or ask your own question.

0
I copied a Windows VM from Mac VMWare to Windows VMWare Player. It runs, but very slowly
5
Extensive use of HDD after VmWare Player virtual machine is closed
2
Installing USB device on VMware Workstation Machine
13
How do I use dual monitors with VMware Player on Windows and an Ubuntu Guest?
2
vmware player/virtualbox bridged networks not working on windows 7, but nat connections work
1
Vmware usb driver error
1
Error with VMware Player on Windows 7 - Virtual system won´t start
0
Cannot update VMware Tools in Windows XP