I have tested this in the same room as the router, full signal. According to my android app, there is very little channel interference (none on 5ghz, and not much on 2.4ghz) 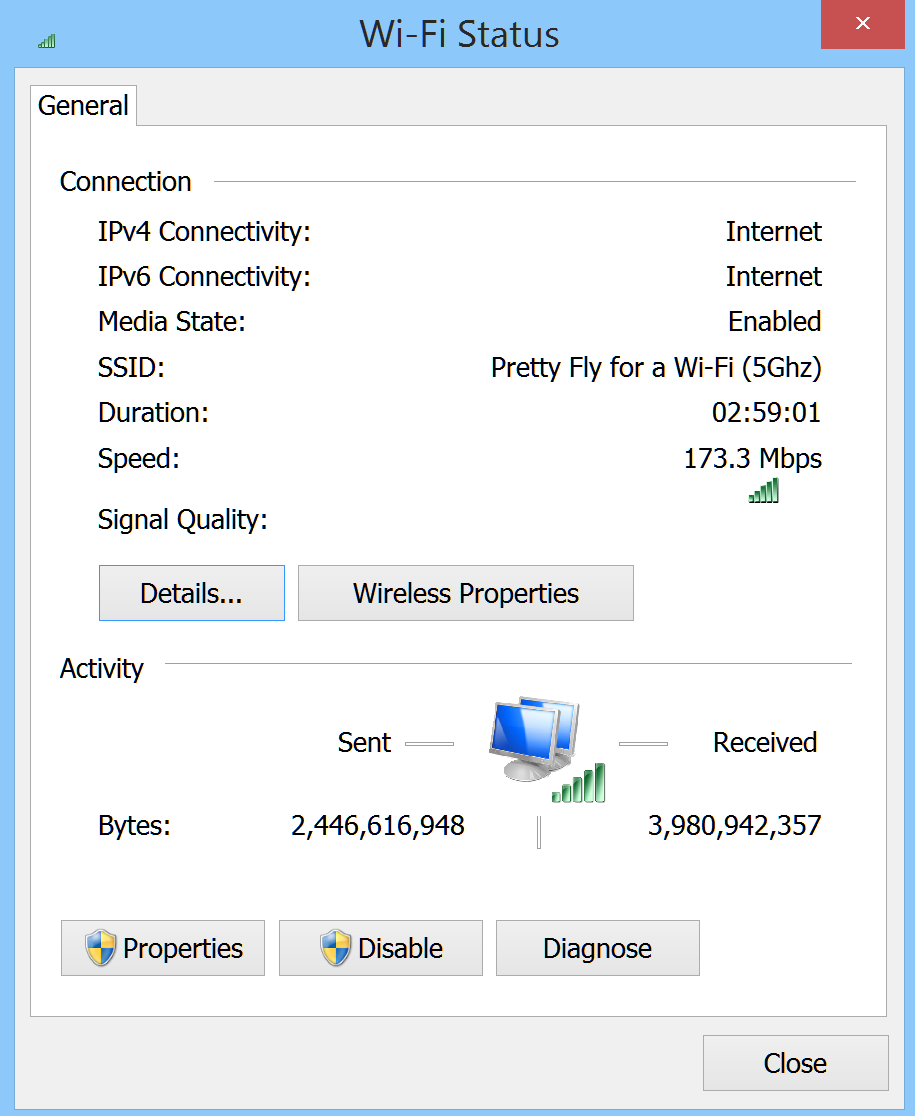 I went into my router settings and changed Wi-Fi Channel Bandwidth from 20 Mhz to 80 Mhz and my speed more than doubled. Files are transferring at 4x, and speedtest shows a 2x speed boost.

I didn't know it, but apparently AC Gigabit only functions with a 80Mhz bandwidth. So in other words, there are settings on a gigabit router that literally make it into a slower router. Who knew. 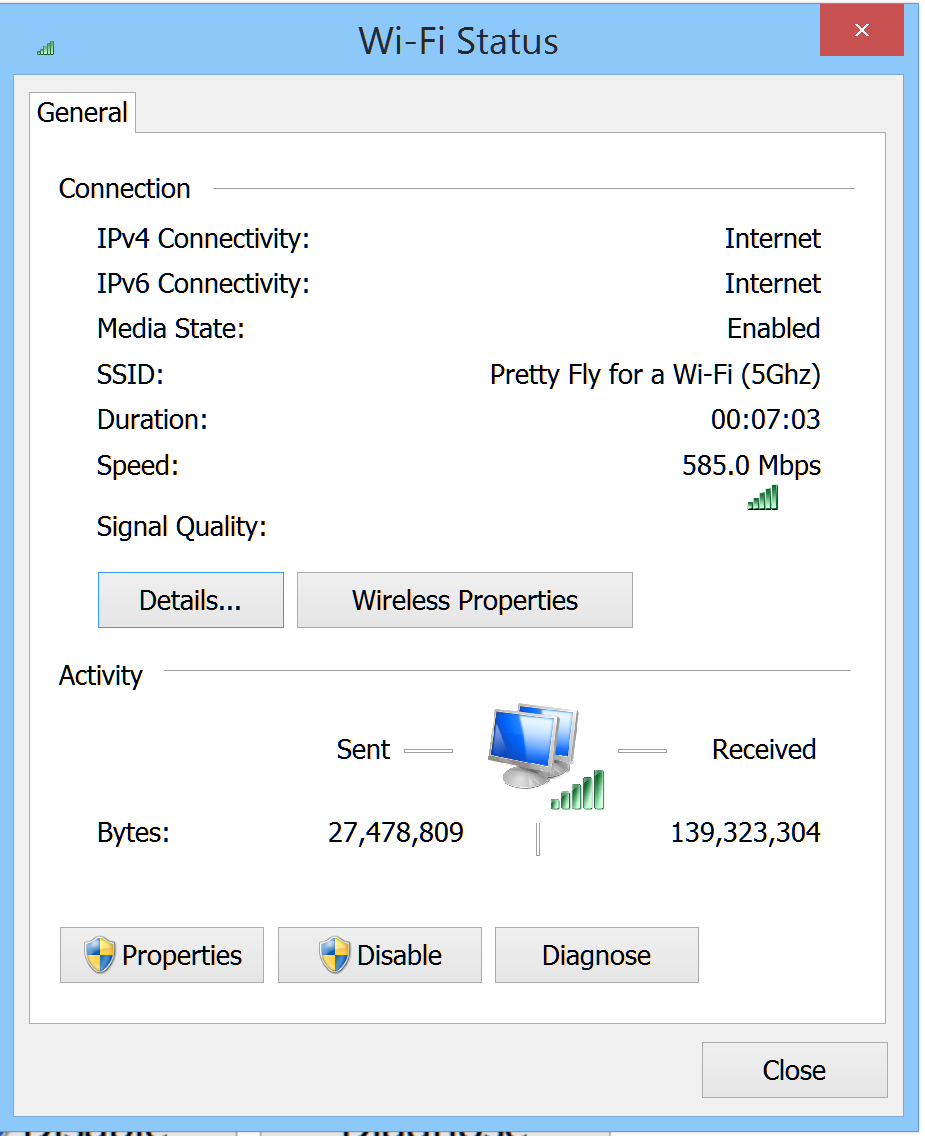 That seems about right to me. The link speed is 173Mbps, or about 21MB/s (there are 8 bits in a byte). All data has to be sent twice, one to the access point and once from the access point, so that gives about 10MB/s. That's about what you're seeing.

If one side of the connection is wired, you don't have to send the data twice. But you lose the ability to piggy-back requests onto acknowledgements. And it still takes quite a bit of time to turn the link around. So this is really still in the range of reason.

The router has Gigabit LAN, not Gigabit WiFi. Wireless AC tops out at 600Mb.

I've seen throughput claims of 1.7Gbs which is nuts. :)

This worked for me for improving file transfer speed over Windows:

Large Send Offload is a technique of improving network performance while at the same time reducing CPU overhead. Apparently it does not work very well, so it was suggested to disable it. If you would like to know about LSO, check this MSDN article from 2001.

LSO is an option located in a Device Manager under your network adapter, so this solution requires Administrator Privileges.

I did this on both windows machines

I did NOT have to restart

and I did NOT have to disable LSO V1