Where are the task bar icons stored on Windows 10

I've looked in %AppData%\Microsoft\Internet Explorer\Quick Launch\User Pinned\TaskBar as recommended by this answer for Windows 7, but I don't see a "User Pinned" folder.

If you pin a program, it should be in that location.

Have you tried copying and pasting the path in Windows Explorer? It should take you there.

Anyway, you can use a program like Everything Search Engine to find the path where your pinned programs are stored in your PC.

I just went to

and the User Pinned folder was there but hidden. To see it, make sure hidden files are being shown.

Just to see some are not there, try to find theese: Edge, Calc, Photos, Paint 3D

I am getting mad to know where on the hell are they stored.

Easy steps to reproduce (they are not stored there):

The same happens for all the rest i mention: Edge, Photos, Paint 3D; and maybe some more.

But if you try to run that two commands they both fail, it is like they are not DeskTop APPs, like if they where Windows Metro APPs, or say in another way Windows Shop Applications.

But, why it also happens with "Calc" (shortcut on TaskBar not stored on that path), its path is: %SystemRoot%\System32\calc.exe; and you can create a ShortCut to it where ever you want; but for thoose other (Windows Shop / Windows Metro) apps you can not create a working shortcut.

So there are two main problems:

I found a way to create such ShortCuts to Windows Special APPS..., it is based on opening a special Explorer Window with a lot of APPs shortcuts, then Drag&Drop with mouse to create shortcut where ever you want.*

To get there quickly without worrying about Explorer view options, click in the Explorer Address bar and type: shell:User Pinned\Taskbar: 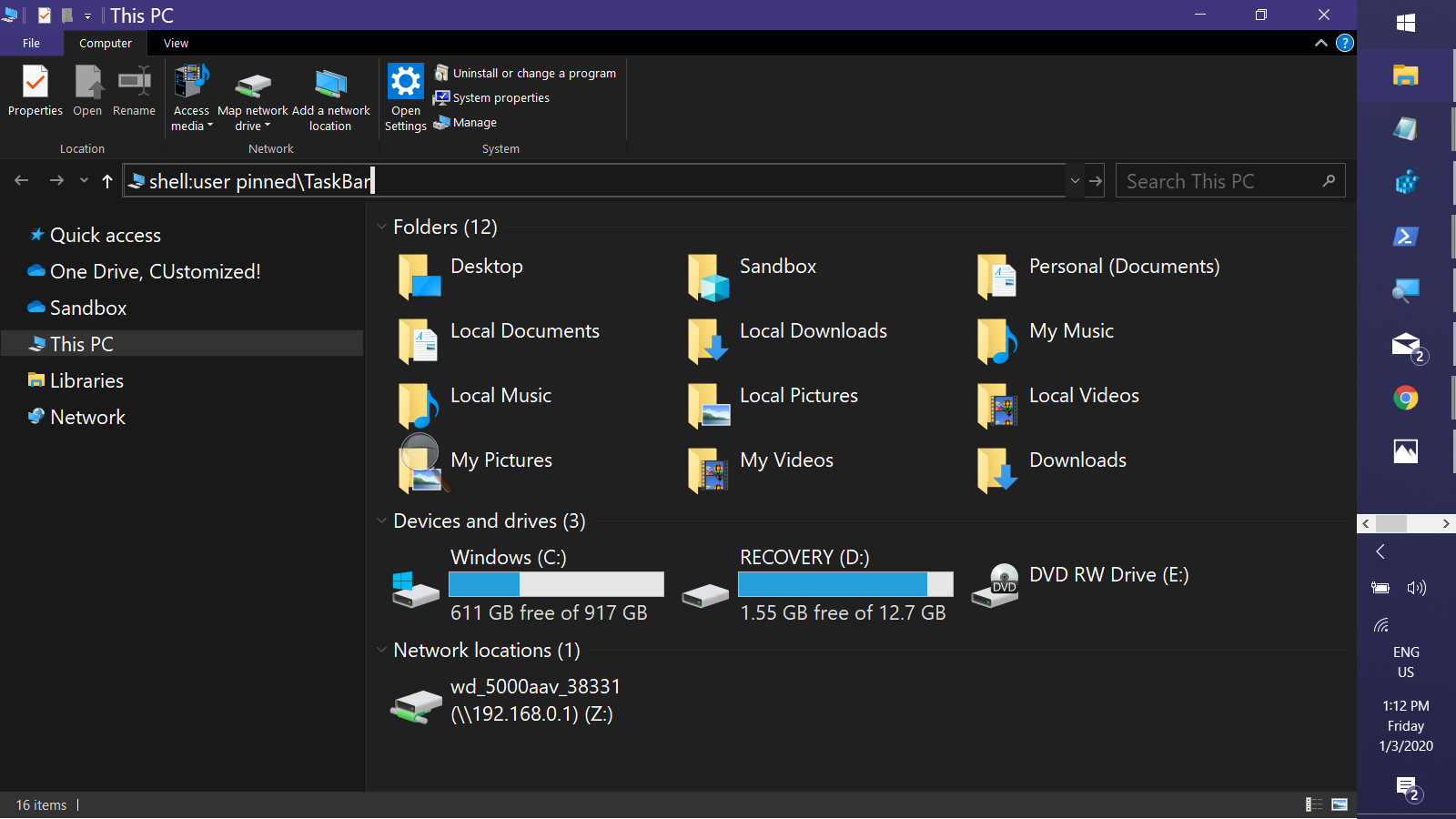 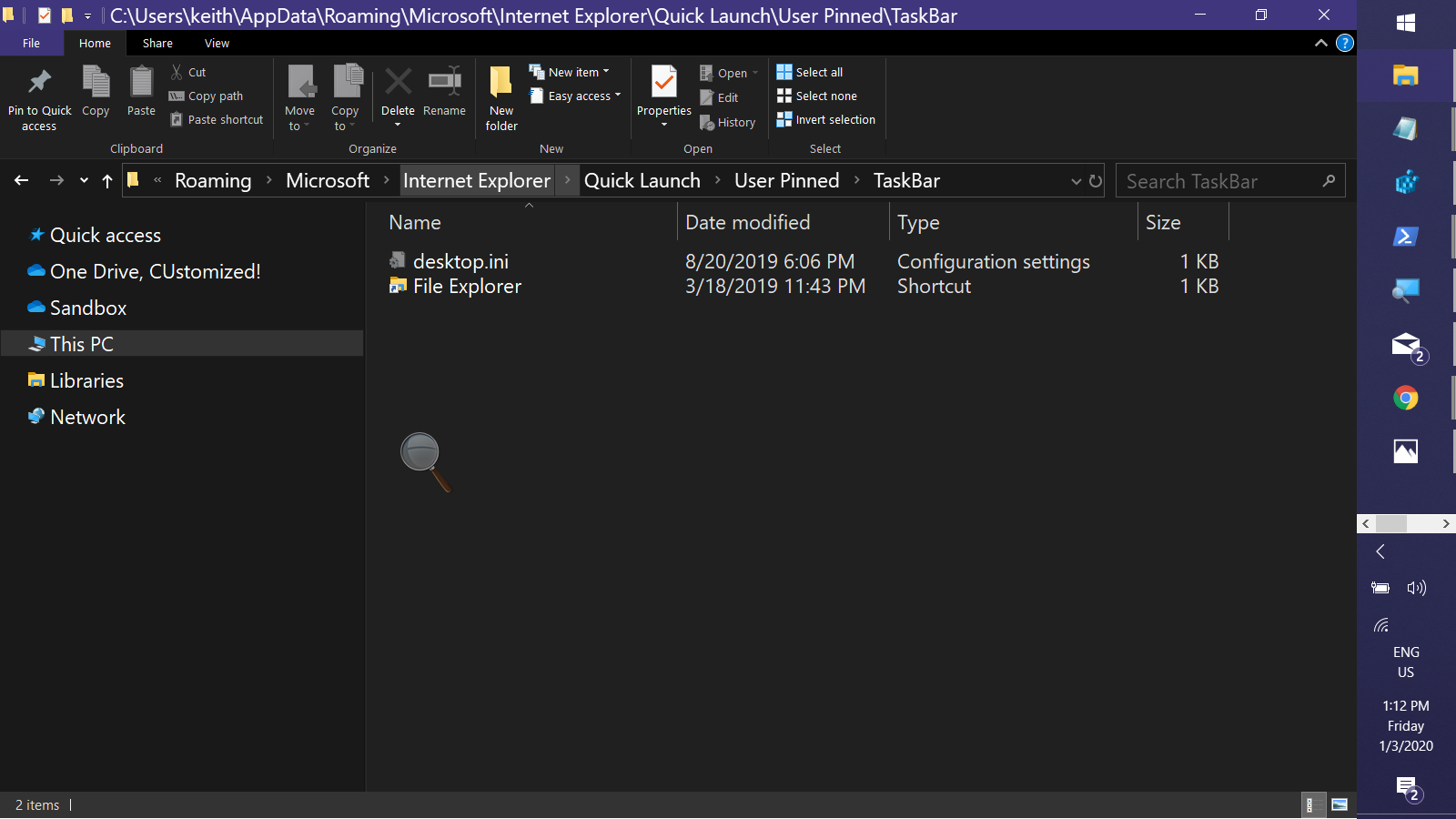 For a list of names that can be used with Shell:, copy & paste the following into a PowerShell console window: 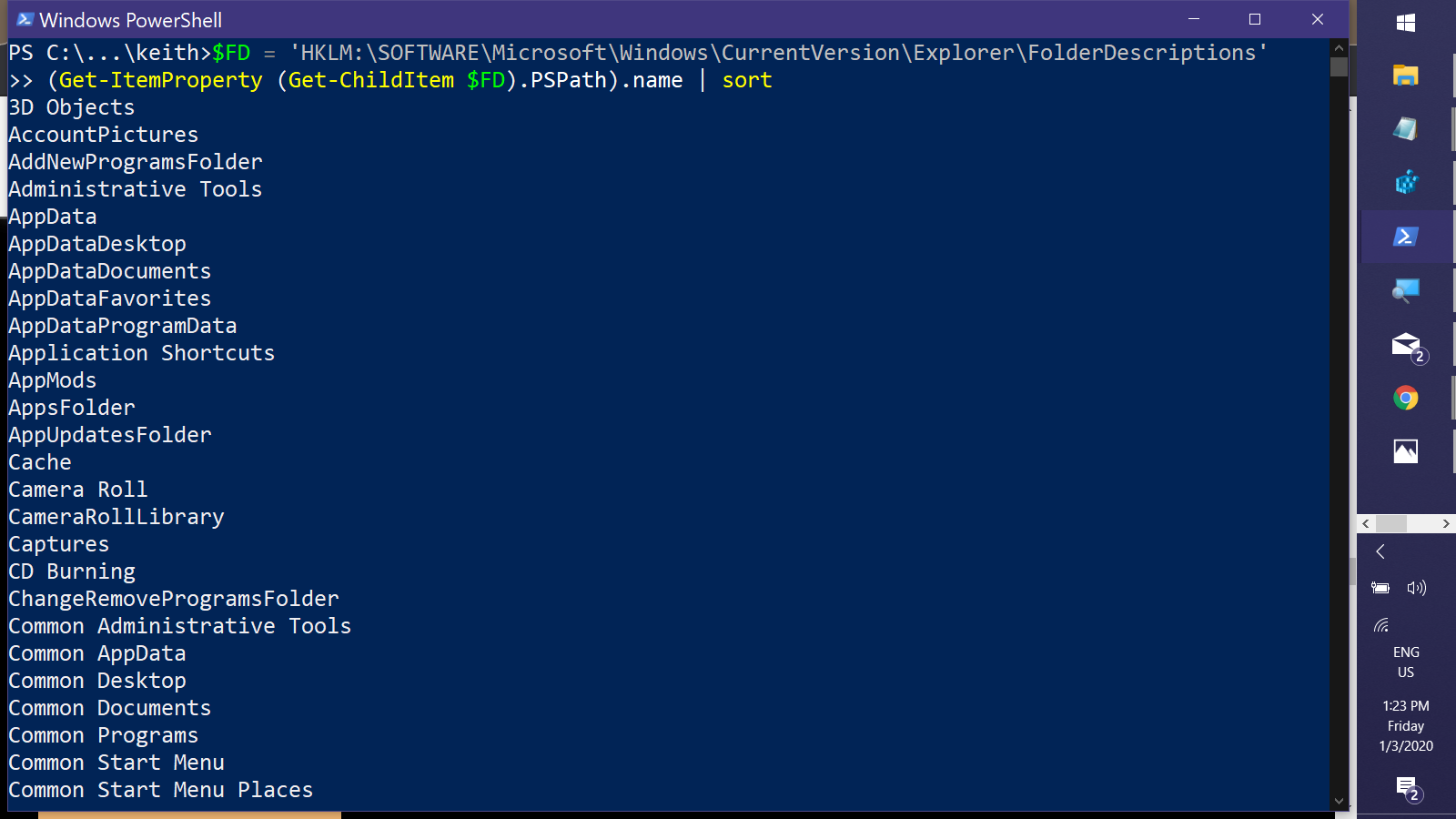 brosello1brosello1
17
2
Add a comment  |
Highly active question. Earn 10 reputation (not counting the association bonus) in order to answer this question. The reputation requirement helps protect this question from spam and non-answer activity.

118
Where are the shortcuts for the Windows 7 Taskbar stored on disk?

4
How to change the default applications pinned to the taskbar?
9
Changing Windows 7 pinned taskbar icons
1
Refresh QuickLaunch Icons in Windows 10
2
Windows 10 taskbar Folder Location
1
Office 2016 keep adding icons to task bar?
4
Unpin File Explorer from the taskbar in Windows 10 via script or batch file
4
What is the location of the Taskbar shortcuts for Windows 10?
1
is it possible to set default open folder for File Explorer of Windows 10 version 1903 opened from Taskbar?