How to get Windows 10 to automatically update printer drivers

I have ESET NOD32 installed and it tells me that there are supposed to be updates for my printer drivers available on Windows Update. But Windows 10 is not downloading these drivers by itself and doesn't show them in Windows Update. 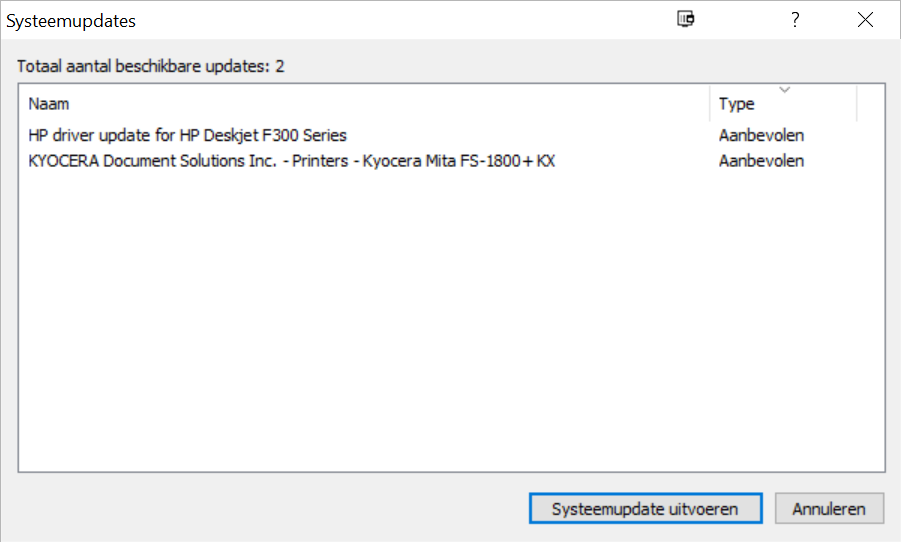 I do not presently have any deferred updates and I'm otherwise up-to-date. I had to go into the Device Manager and choose Update Driver on a couple of drivers to have my system download the latest versions from the Windows Update server.

The remaining drivers I seem to be missing are those for printers. One can't update these from Device Manager as the drivers listed there are all of the generic local printer queue type. 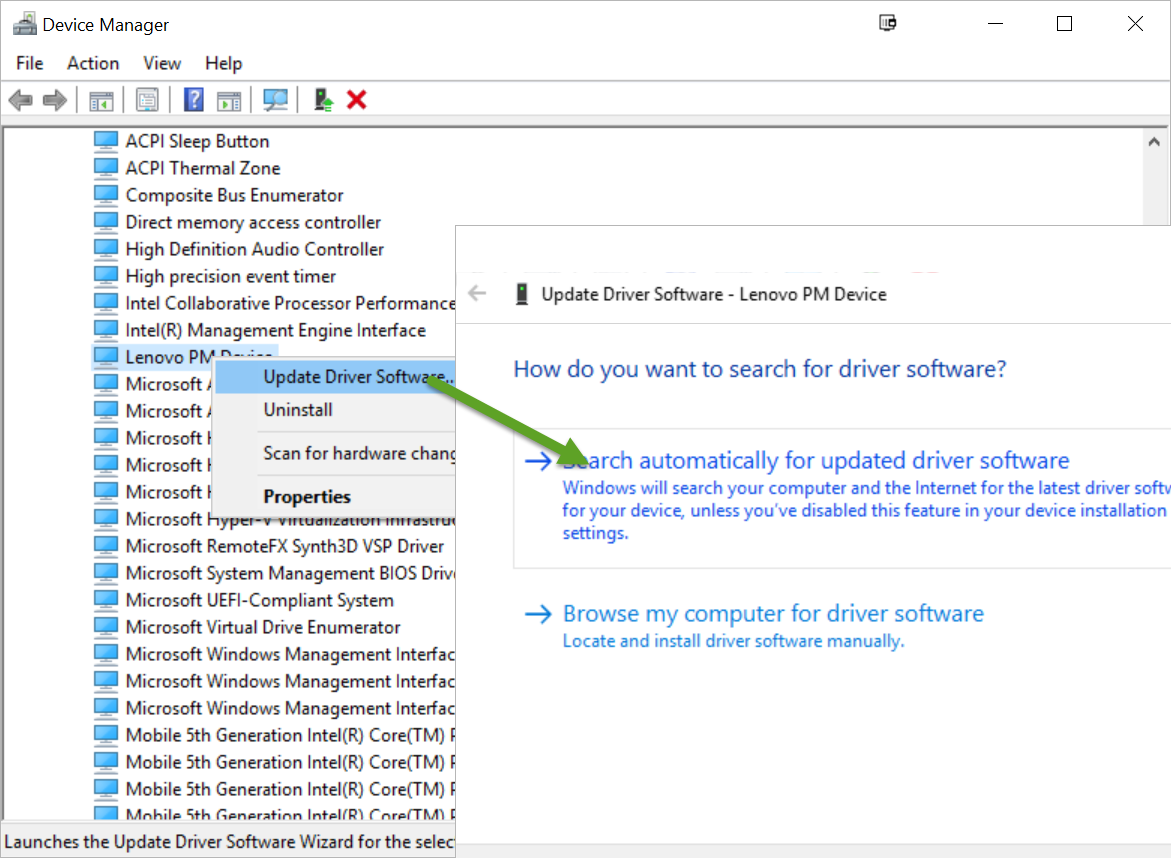 I tried updating them through the Printer Preferences page (Devices and Printers) and picking the Windows Update source from the New Driver option. 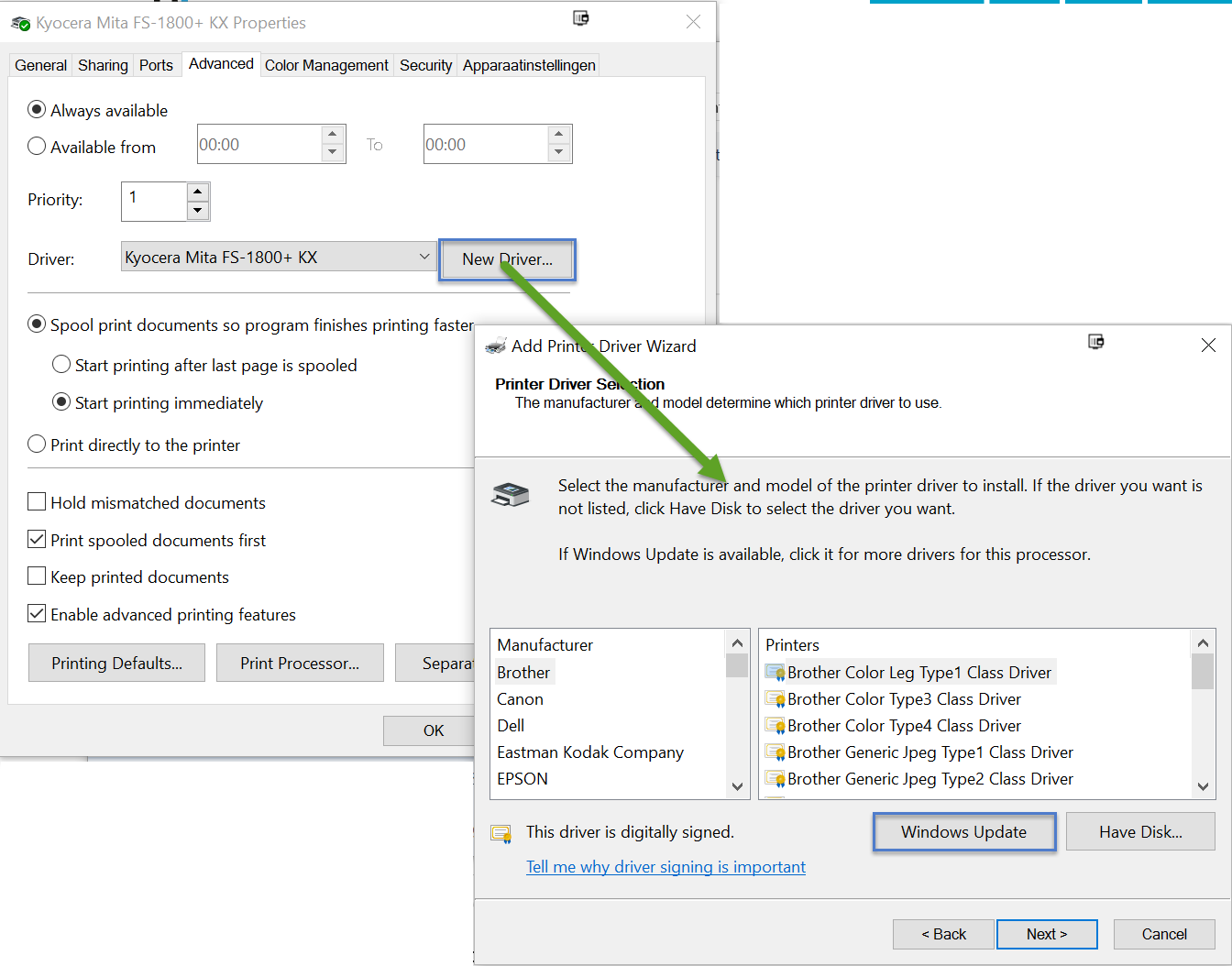 This does seem to download a bunch of files from Windows Update, but doesn't solve the warning about older drivers.

In previous versions of Windows I did get more driver updates directly through Windows Update automatically. Is there a setting I messed up somehow?

Another example of updates (available from the Windows Update Catalog), but not being brought in through windows update were the Azure Power pack found here:

Eset contacted me and will do a remote screen sharing session to see what's going on.

Remarks know some of the answers below, yes windows update provides generic drivers for some devices, but also provides drivers which are the same as the ones provided by oems, the Lenovo power management drivers for example are identical, whether I install them through windows update or Lenovo. The same applies to the wireless drivers from Intel or the Webcam driver from Realtek.

I'll update again after Eset has had its chance to investigate my system.

You can double-check NOD32's claim that there are newer drivers available from Windows Update by searching for those drivers using the Microsoft Update Catalog (this site requires Internet Explorer 6.0 or later). Techtarget.com explains the equivalency of Windows Update and the Update Catalog:

You can download these drivers directly from the Update Catalog and afterward see if NOD32 still claims drivers are available, in which case you know that claim is incorrect. Alternately, you can look at the version of the drivers currently installed for your printers and see how they compare to the drivers available through Windows Update.

Windows Update does not cover all driver updates or devices, it's up to the device manufacturers to provide the drivers to Microsoft...its all part of their WHQL program.

In this case you need to download the driver direct from HP and Kyocera.

These updates look more than a bit suspicious - see if Nod3 can give more details.

Deskjet F300 : the last update found in the HP website dates from Oct 2009, so it is highly unlikely that a new update has appeared in 2015. The indication by Nod3 should be ignored.

Kyocera FS-1800 : the latest Windows 10 driver is found here from Aug 2015. This is the absolutely latest driver, and you should install it and ignore Nod3 if it continues to show an update for this device. This update would take some time to get into Windows Update, so installing it would put you ahead by months if not years over Windows Update.

Please note that the drivers I specified above are from the manufacturer, so are absolutely the latest possible version.

My conclusion is that you shouldn't blindly trust Nod3.

Not the answer you're looking for? Browse other questions tagged drivers windows-10 windows-update print-drivers or ask your own question.