I recently had two hard drives that crashed in a RAID 5 array, I didn't configure any monitoring, so I didn't notice that one had been crashed for a while. So I decided to scrap everything and start from scratch.

All the hardware is the same as before, except I have fewer drives than before in my array, 3 bigger ones instead of 8. I've also installed Arch Linux as UEFI instead of using the legacy boot option, not sure if that affects anything.

I've managed to snap a picture of the kernel panic: 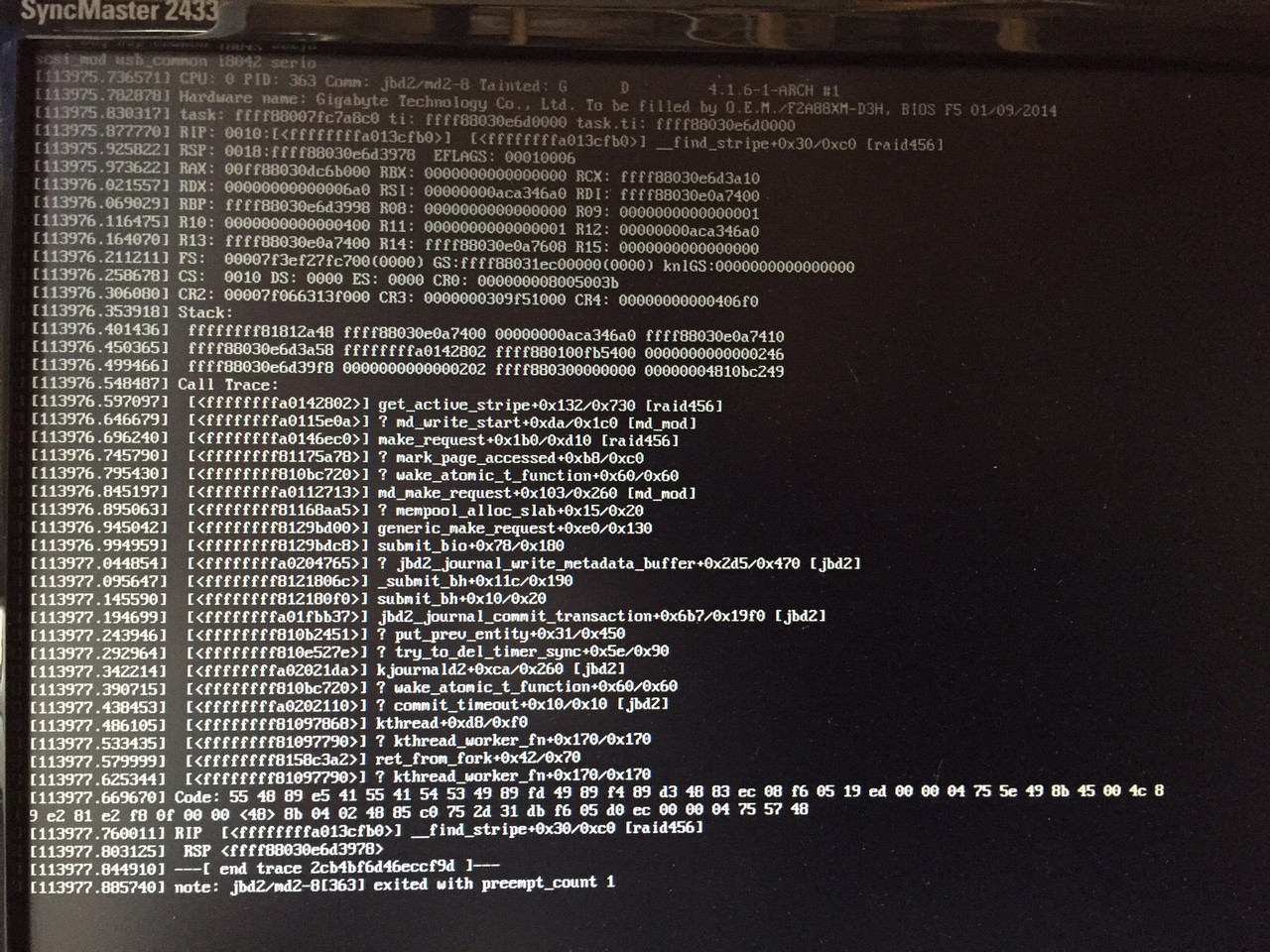 Now from what I can see in there, it seems to be related with mdadm.

I've tried to re-seat my RAM, but I doubt it's a RAM issue has it was not happening before I've re-installed Arch Linux.

Most kernel panic issues that was related with mdadm that I've found in my research was occurring on boot. Any one has a clue on what could be the issue?

I'll try to update to 4.2.0 in testing and I'll update this post with more information.

This is a known bug due that was introduced with:

More information can be found in this official bug report, “Bug 1255509 - BUG: unable to handle kernel paging request at ffffffffffffffd8.”