I work with a free/open source project. A Debian maintainer reported a failure under X32 (not a typo; its not X86), and I'm trying to set up a test environment to reproduce it.

According Debian's X32 Ports wiki, I need to enable the X32 extensions in the kernel. To do that, I need to add the Grub entry. Below is what I added to /etc/default/grub, and its taken from the wiki page (except I commented the default entry).

I then performed an update-grub per the wiki page and verified the entries in the compiled menu (see below).

When I boot the system, the option does not appear to be available under the main menu or the advanced options: 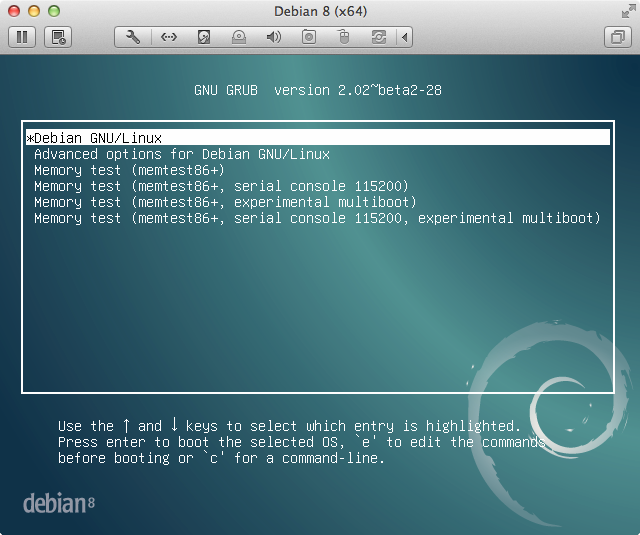 Debian's Grub2 docs leaves a lot to be desired. It only discusses how to colorize menu entries (you can't make this sort of stuff up...).

I expected the following after following the prescription provided by the docs:

How do I add X32 boot options to Grub, give it a name like "Debian GNU/Linux (X32)", ensure its a boot option for the kernel during boot, and ensure the changes survive after an upgrade or dist-upgrade?

According to Marius's answer below, I added the following to /etc/grub.d/40_custom:

It provides the named entry as expected, but it results in a boot error:

I think that was due to copy/paste in Emacs (it apparently removes whitespace???). So I changed it to linux /boot/vmlinuz-4.2.0-1-amd64.... It resulted in a kernel panic: 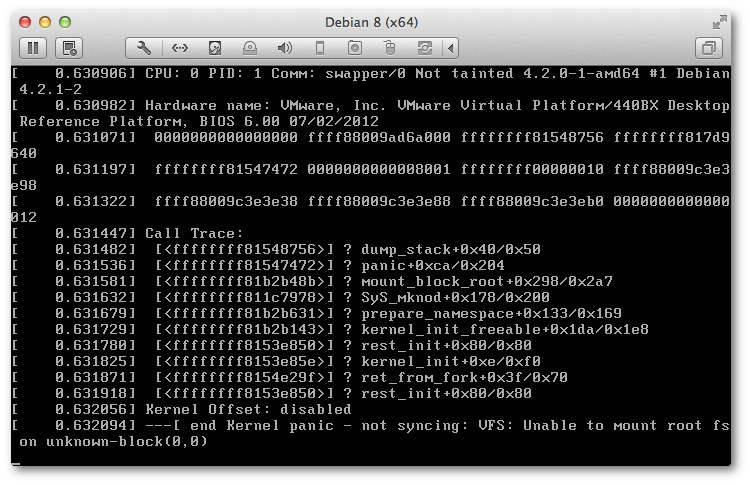 You could add foo=bar at grub

From a terminal run:

Find the line starting with GRUB_CMDLINE_LINUX_DEFAULT and append foo=bar to its end. For example:

Save the file and close the editor.

On the next reboot, the kernel should be started with the boot parameter

If I have understood you right, you want to find a way to choose whether to boot with/out X32. You can do it in two distinct ways:

and modify it to

Also, remember to change the name of the menuentry, in 40_custom to something different from your first entry, otherwise you will not be able to distinguish the two entries.

Run update-grub and you are done.

If you want the option just for the latest kernel in the top level menu, do not put "syscall.x32=y" in /etc/default/grub. Instead, find

This way I could boot the latest kernel with "syscall.x32=y" option, but I don't notice difference to booting without it. That is in Xubuntu 15.10 64-bit. As for the configration surviving after grub package upgrade, I don't know; maybe installation notices a customized configuration file and gives you an option to keep it. At least this survives kernel updates.

Not the answer you're looking for? Browse other questions tagged linux debian grub or ask your own question.