Run .vbs from Task Scheduler. VBS should execute an .exe via shell

I would not be posting if I had tried the plethora of possible solutions that have been posted about this previously.

When run on a clients Windows Server 2008/2012 box via Task Scheduler running as the user Administrators, it works, however overnight (when our task is set to run), it does not run. 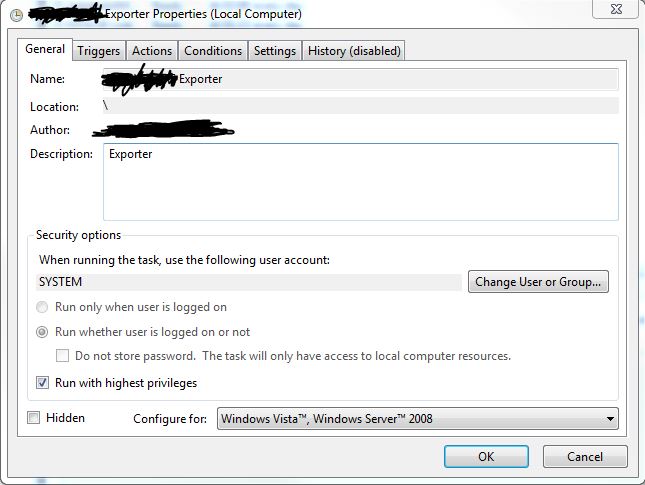 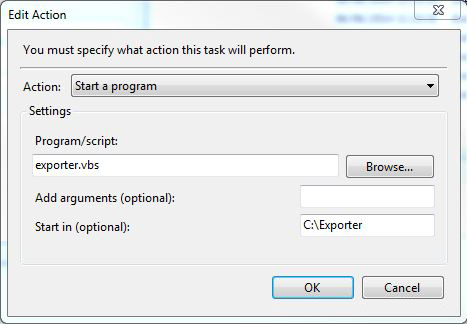 This function is called 5 times, one time for each report we need to export data from the Software.

What has already been tried

You have the task set to run in the context of the Local System account. The System account is not a full-blown interactive user, so not everything will run in that context. You must keep the following considerations in mind when using it for tasks:

Try running your task as a bona-fide local or domain account instead of the System account. You'll of course need to embed the password into the task for that to work.

Not the answer you're looking for? Browse other questions tagged scheduled-tasks vbscript or ask your own question.