How do I determine what file occupies a given sector?

I have a hard drive with 3 bad sectors. I know the sector numbers and the computer can still boot into Windows. I want to run sector repair from an HDD diagnostics tool from the manufacturer, but before I do that, I'd like to know what files are affected. Is there a way to figure out what file or files are occupying those sectors?

Note you must omit the "\?" prefix of the block device path. Example:

Here's the process using WinHex, a handy hex editor that can examine and edit drives directly. Be very careful; this tool can damage your system if used inappropriately. Open disks read-only whenever possible.

If these steps don't give you an immediate answer, your bad sectors may not be in use. If the results are unclear, you may have to do some more digging to find your answer.

Most defragmenting programs show a disk-map displaying all the clusters on the disk which you can then click (look for the ones marked as bad) to view the file(s) located in that cluster.

As Walter said, any disk and OS combo from the past decade or so will make sure to relocate files from bad sectors automatically (drive firmware usually handles this, but disk tools like chkdsk or defragmenters will usually do this as well). 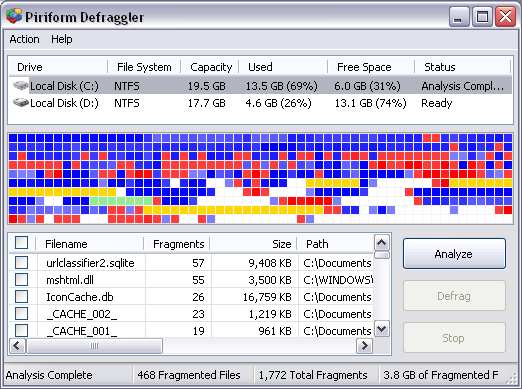 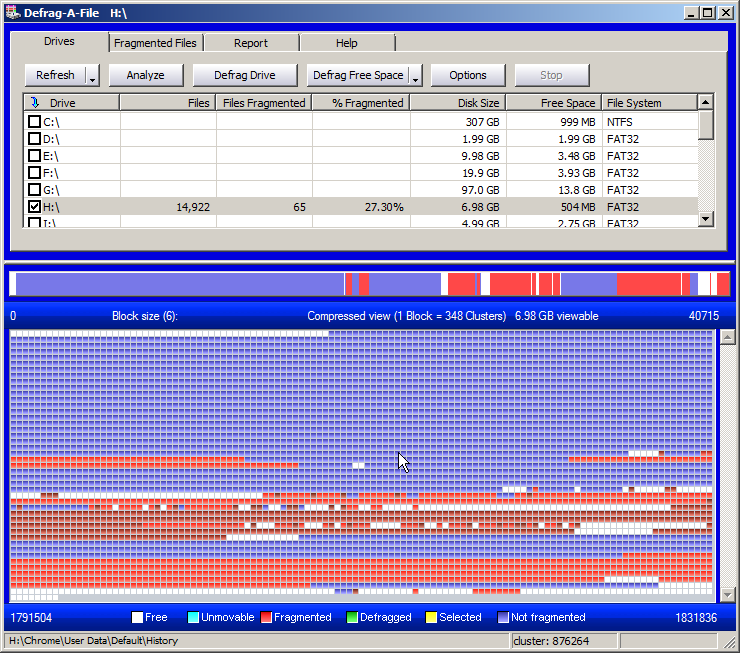 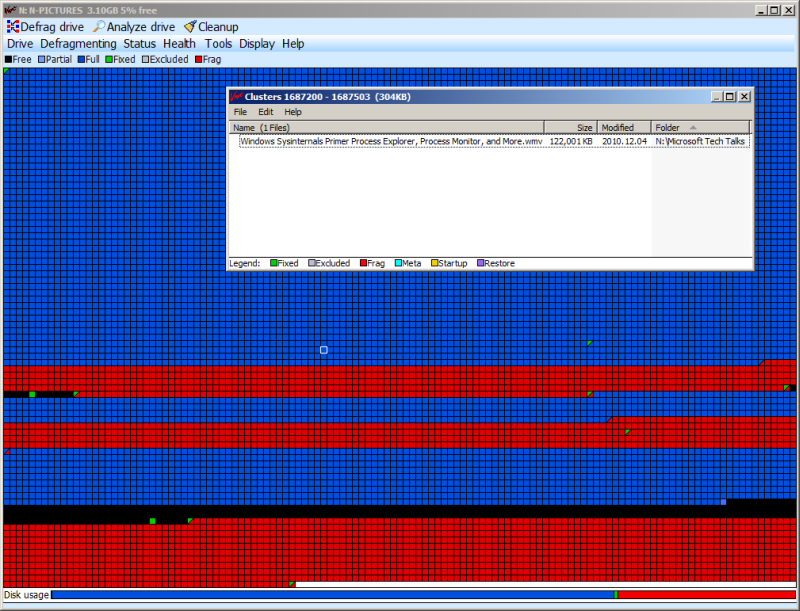 DiskView from Sysinternals performs exactly this function: to display a diskmap of the drive and let you see what files occupy what clusters.

Unfortunately, there does not seem to be a way of displaying the names of system files. 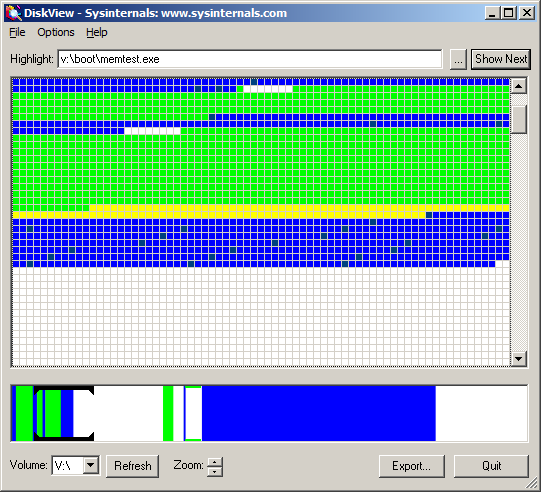 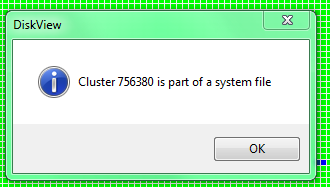 Fsutil takes cluster number in Logical drive as input argument, instead of sector number. But it should be easy to calculate this number:
cluster# = (absolute_sector - start_of_partition_sector) / sectors_per_cluster.

as far as i know when a drive hits a certain number of read errors on a sector it gets marked as bad and its contents are copied away to another place on the drive. this usually happens before the data on that sector has become completely unreadable.

I try to dig up a source for that, just read it yesterday but cannot remember where.

Note also that the --repair-sector flag can be used to restore (any) bad sectors when they are no longer needed, including sectors that were genuinely bad (the drive will likely remap those to a fresh area on the media).

Bottom line: you don't have to care about bad sectors, the harddrives firmware does that for you. only thing you have to do is get a new drive before there are too many of them and your drive dies.

I know thread is old but for the record for everyone having such issue there is way to check it from linux. One can always use some live linux on cd/usb stick, like slax which is super easy to run. Anyway, back to business.

I had found today some smartd deamon logs with unreadable sectors warnings and decided to investigate that. After research I eventually run (# is prompt indicating root privileges, sudo can be used instead if one is running as ordinary user):

Which indicates that that drive is somewhat healthy, which is good. But I followed and investigated further and run badblocks.

So there was some badblock which I wanted to know which file it belongs to and found that it could be done with debugfs, the problem was that my partition was ntfs so I used ntfstools which is the key:

So in case of ntfs all one needs is ntfscluster -s $SECTOR.

RunTime's DiskExplorer allows you to examine a drive by sector. It's payware ($70 for the NTFS version) but free to try. They have versions for NTFS, FAT and Linux (ext2/3).

3
is it safe to copy data from hard disk having bad sector
9
How bad are bad sectors?
0
Hiren's Boot CD - HDD Diagnostics - EDIT S.M.A.R.T. info
0
S.M.A.R.T. showing different values than some other time before
0
Where do replacement hard drive sectors come from?
1
Full Format makes S.M.A.R.T. health return to 100% from 68%