Why does a USB cable allow MTP (Media Transfer Protocol ) but not mass storage device?

So I purchased a small Micro USB right angle adapter from eBay, one end is male micro USB B and the other end is the same but female, and at a 90 degree angle.

I originally intended to simply apply heat and bend it into a U shape. Why is because I am going to be attaching some hardware to the back of my tablet. I want to be cable to put my tablet into my bag without the cable being bent into a U shape, and I can have a sideways 90 degree (as it is now) because there is a headphone port on one side and the corner of the tablet on the other.

So I removed the rubber molded cover and inside are some wires embedded in dried hot glue.

I count three but I am uncertain. So I tested it, I plugged the male end into the tablet and did the following

Plugged a charger in for the tablet, it charges, so power pins are good. Plugged a USB cable in and with a USB flash drive. Nothing happens, no light on USB and nothing in device manager.

So next I plugged this little adapter I got into my phone, it charges, cool. Next I plugged it into my PC, (the Android OnePlus One is in MTP mode). And boom it works, I made a file, disconnected and the file was on the phone visible in the file manager.

So what’s going on, all I need is a U shaped extension. Will it be okay to remove the glue and simply wire each pin to the same pin on the other connector like pin-1 male to pin-1 female. I will reglue or superglue it to keep it together.

But how come mass storage does not work but Media Transfer Protocol (MTP) does? 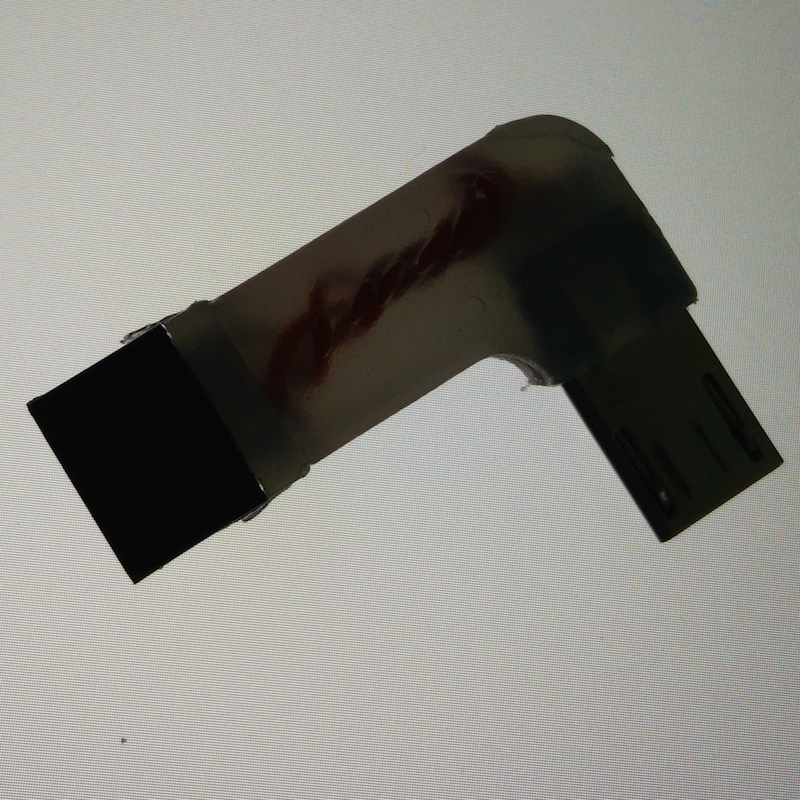 If it does not pass through pin 4, the ID pin, then it is not OTG (On The Go) compatible. It’s a regular USB extension, for USB micro B slaves. You need on that is OTG compatible for it to work for OTG devices like connecting a USB flash drive to the tablet.

Not the answer you're looking for?Browse other questions tagged usb adapter or ask your own question.

3
Can I turn my USB cable into a USB host cable by adding a Female to Female adapter?
0
How do USB to DVI adapters plug into monitors? (Cord and port are both female.)
2
Is there a micro-A USB female connector?
0
Does a USB-C male to Micro-B female cable/adapter exist?
0
When upgrading to USB C, can there be one USB cable to rule them all?
0
using a USB A female - USB A female adapter
0
10 meter USB cable works with WiFi Adapter, but not simpler devices
1
What specification on cables do I need for them to power from USB-C to USB male A?