Office 2016 changed the UI language. How do I revert it back to English?

I have an Office 365 subscription, and now Office 2016 is out decided to upgrade. Following the advice in a Windows Insider Program email from earlier today, I decided to install immediately. (Upgrades are going to be rolled out slowly over several months, otherwise.) To do this, I went to My Account on office.com, and clicked Install. An installer downloaded and ran. There were no options and I paid no attention, it just did its stuff.

When I run Office, it is now using Estonian. 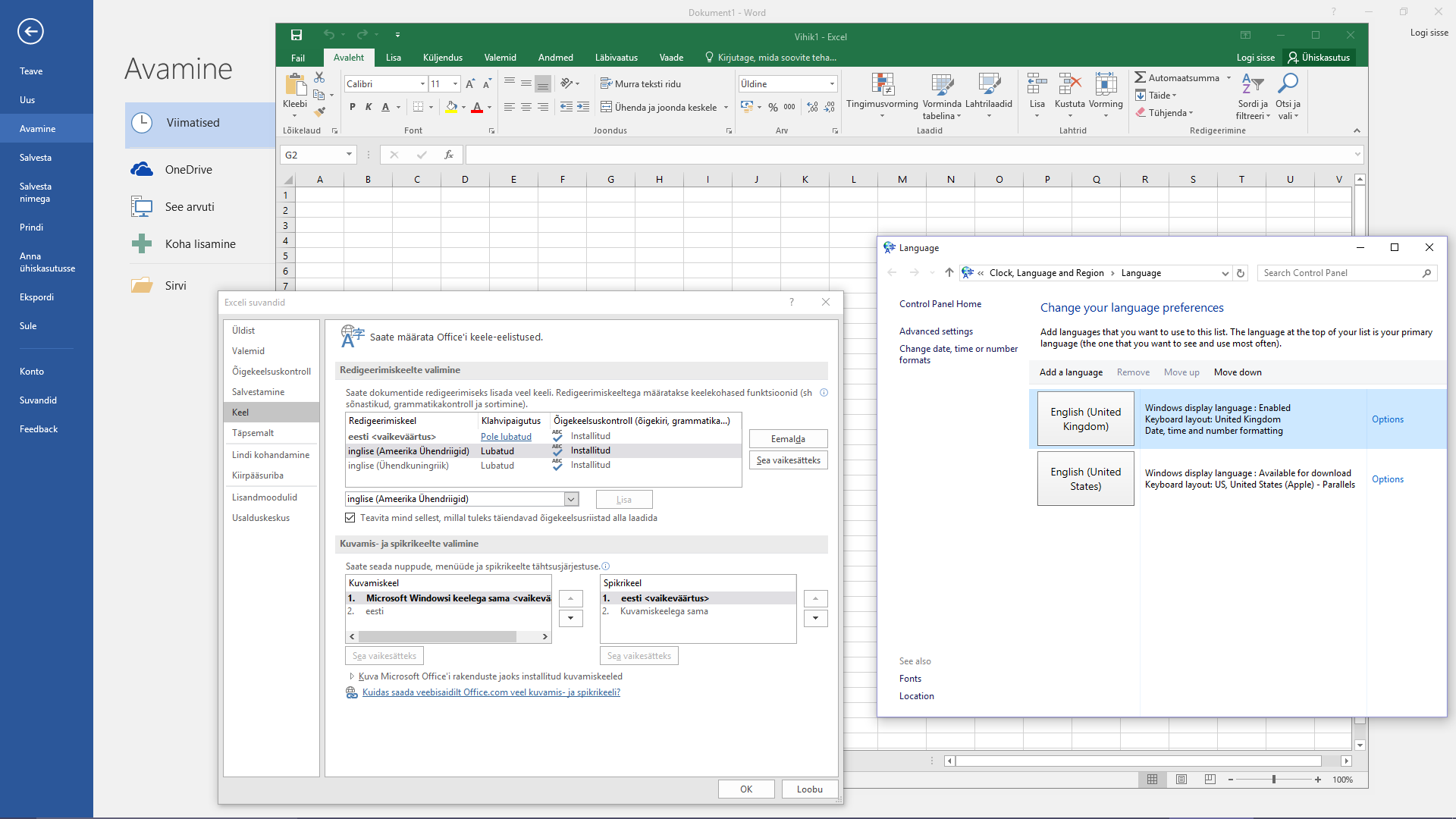 In Excel, you can see it is supposedly using the default language ("vaikeväärtus") which is Estonian ("Eesti"). However, you can also see the Windows language settings clearly indicating English. In the Office language settings, I cannot seem to move English, which is installed, above the default language, nor can I configure, modify or delete the default language, nor can I make the selected English language the default or current. I don't speak enough Estonian to be certain what the UI is allowing me to do, but I've tried what seems to be obvious. I would simply ask a friendly nearby Estonian if there's anything I haven't tried in the dialog, but I'm out of the country right now. I think I understand the dialog well enough to have tried everything anyway.

How do I change Office to use English?

The following links did not help:

To solve this, install the English (United States) Language Accessory Pack for Office 2016. (These are free, unlike the old Office 2007 packs which you had to buy and which have since been discontinued, mentioned in this question.)

Search that page for "English", and click Download. Run the installer. It will run in whatever language office is using (eg, Estonian) but when done you can restart Office and it will display in English.

2
How to insert non-English reference numbers in Office 2010?
3
Office 365 in English but changing default editing language
1
MS Office 2007 - change UI display language from German to English
1
How do you change Word 2016's Display language?
1
Office 2016 pestering for Office 365 sign in details - how to remove O365 subscription/license?
0
Change Office 2016 language?
3
How to install a new language for Microsoft Office Professional Plus 2016?