I currently run three DVI-D monitors on an aging Radeon 5770HD. Two monitors are plugged into the HD5770 and the third is plugged into the motherboard graphics port. I have 3 monitors mostly for productivity, I only run games on a single monitor.

I would now like to upgrade to a more powerful card such as the mini Gigabyte GTX 960. I have a micro-atx case and I am using Blender that has better support for nVidia cards for GPU rendering. Card info: http://www.gigabyte.com.au/products/product-page.aspx?pid=5369#ov 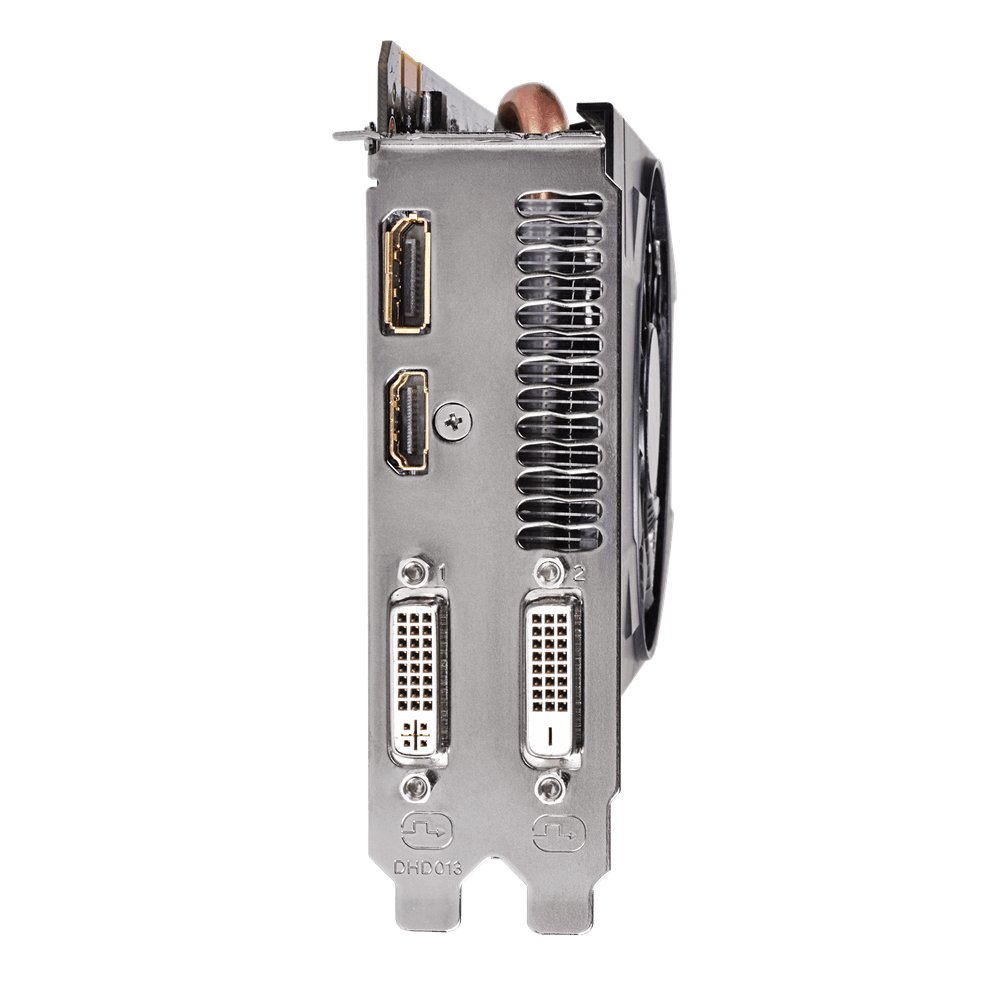 However it only has the 2 DVI sockets. So I would need to buy either a HDMI/DVI or DisplayPort/DVI adapter in order to use the 3rd screen.

I believe I can only buy passive DisplayPort adapter if the graphics card supports DP++ (DisplayPort dual mode).

Nowhere on the linked specs page is this mentioned and the so called useless "manual" pdf is a just generic for all Gigabyte "VGA" cards.

If a HDMI to DVI adapter would be a better option, I don't mind, I just need clarity on what sort of adapter I really need.

(I realise I could email Gigabyte, but I've waited weeks for a response when I did that once in the past. I also hope someone either has tried 3 DVI monitors on a similar/same card or has information that all new cards support DP++.)

If you are using the DisplayPort you will need an active adapter for this card. Also as far as I know it won't work with 3 monitors unless you are using DisplayPort. For example 2DVI+1HDMI(Or HDMI-DVI adapter) I don't think actually works. It is a requirement to use the active DisplayPort adapter.

Not the answer you're looking for? Browse other questions tagged graphics-card hdmi displayport or ask your own question.

4
Can I get dual monitor support (2xDVI) from my (DVI+HDMI) graphics card?
24
Converting DisplayPort and/or HDMI to DVI-D?
2
Will a Fermi Quadro graphics card support three independent monitors?
1
HD5770 cannot detect third monitor
8
Graphics card for dual 2560 x 1440 output
0
MiniDisplay Port Adapaters
0
Can HDMI or DisplayPort output to 1600x1200?
0
How to make Nvidia Surround work?
0
Can we setup dual monitor with a graphic card that had displayport and HDMI?