Office 2016 - How to remove individual apps?

I purchased the full version of Office 2016 Pro from the Home Use Program. I did the standard click-to-run install, and I never got a chance to select which apps to install. Trying to uninstall or "configure" afterwards only gives the option for complete uninstall.

I read a few items on here, and thought using the MS custom deployment file would fix it, so I altered the .xml file and the install ran and only installed the programs I wanted. However, as soon as the activation popped up, I put in my key, and it gave a "wrong key for this version" error, and then proceeded to automatically install the entire version again.

Are there any work arounds? I really only want Word, Excel and Powerpoint. Everything else is worthless to me.

There is however an Office 2016 Deployment Tool which is supposed to allow full customization...

The Office 2016 Deployment Tool allows for customization of which apps you would like to install. It also offers a way to uninstall apps that you no longer want (which should be helpful to those who have already installed all of the apps).

When you download the tool, it will ask for a location to extract files, and will extract a setup.exe and a configuration.xml file. You can edit the xml file to specify which apps you want to remove.

I found this page to be particularly helpful in setting up the configuration.xml file to remove certain apps. It also explains how to use the files:

Then you just have to run the Office Deployment Tool and use that configuration.xml file. For example, users can run the following command from an elevated command prompt on their computers:

Many of the fields in the xml file are optional. I set up a configuration file like the one below to uninstall all the apps except Excel, PowerPoint, and Word.

There is no out-of-the-box way to selectively un/install Office 2016 apps. From Your top questions about Office 2016 answered:

No, the ability to selectively install individual applications is not available with Office 2016. The vast majority of customers prefer the full installation of all of the Office apps so they are assured that they have the ability to open, view and edit any document they may need. We will continue to evaluate feedback on this topic.

There is however an Office 2016 Deployment Tool which is supposed to allow full customization of the install options:

Using the Office Deployment Tool, an administrator may:
...
- Configure which products and languages to install
- Remove Office Click-to-Run products

This is actually a lot easier now so here is the 2019 answer:

This answer is specifically for users using the Home subscription (or "Home Premium" subscription ... whatever it is called by MS).

To verify the XML file is working, the setup will only show icons of the selected programs: 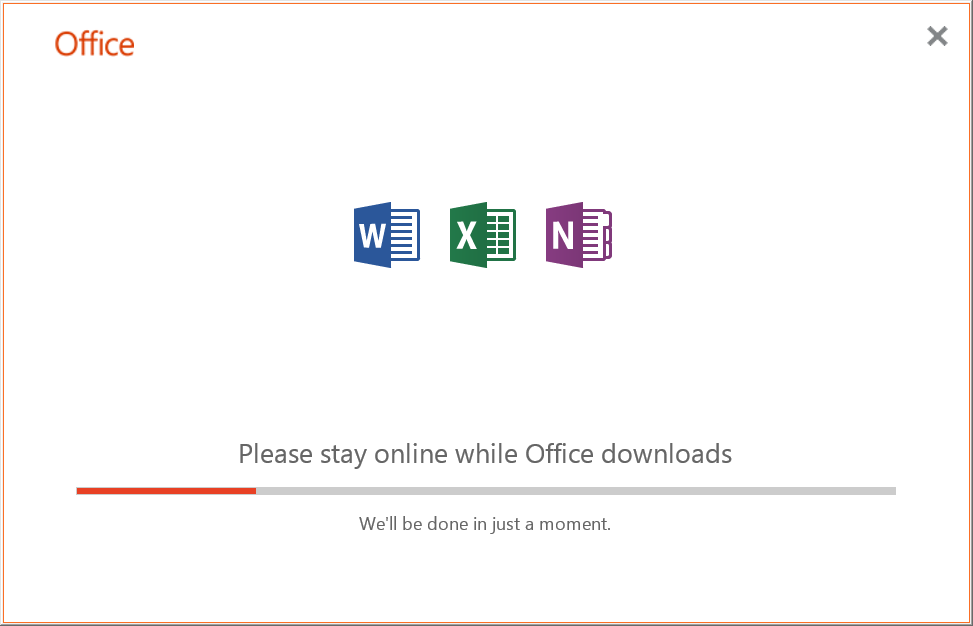 That said, my personal advise is to use Office 2010. License keys can still be purchased online. It is cheaper as you don't have to pay the subscription fee yearly, and the "new" version of Office is not necessarily better anyway.

I believe the Office Deployment Tools doesn't fully support Home User version (note that only ProPlus seems to be available for your choice). I've used it several times while installing my copy and each time it neglected the Exclude parameter and installed a full suite. Other parameters though (e.g. icons not pinned, update channel etc.) worked as intended.

If you are trying the configuration tool with Win 10, it probably needs to be a Pro version to fully access any Windows Admin functions. Also, Office will probably need to be Pro Plus to allow modification. If neither of these parameters allow selective installation of truncated Office 16, you probably have excellent grounds for a class action suite against M$aft, if you can find an activist attorney.

On Mac with homebrew cask it is even more simple to install the major elements of the office package.

So if you want to install only Excel you run this line in the terminal:

And done. No config file or Office deployment tool needed.

If you are on Mac, you can using ApplCleaner, a free app that lets you selectively remove unused Office program: first pick them via Select and then remove using Delete.

I have been asking the same question and from what I've researched and found out, there is no way to remove the "extra" applications that are not needed.

6
Office Deployment Tool won't recognise downloaded install files and tries to re-download
6
How do I keep my installed Office when 365 expires?
2
Is it possible to install Office 2019 on Windows 10 without uninstalling previous versions?
0
Outlook 2016/19 - registry corruption when trying to view/amend rules
0
issues activating Office Professional Plus 2019 installed using deployment and retaining only the deployed apps
0
What must I do to preserve all settings before uninstalling and upgrading Microsoft Office?
0
Still possible to deploy Office 2016 using ODT in 2020?
1
How to install a new language for Microsoft Office Professional Plus 2016?