I use a wireless "Mifi" metered internet connection at home and while traveling on a laptop I periodically also use on various unmetered wireless connections.

Unfortunately, the DropBox desktop application is one of those applications that does not respect the Windows "Metered connection" setting. Even though I've set my Mifi connection to "metered", DropBox thinks nothing of quietly burning my entire data allowance downloading things I could wait for ab unmetered connection to download.

DropBox also has no "pause and stay paused until unpause" feature I can find. Using software more modern and respectful of user choices than Dropbox isn't practical in the short term because I'm on many shared family, work and other folders shared with many people - too many people would have to change.

I've seen a possible option here, on a question that is similar but is not specific to DropBox or to wireless metered connections, but that only works for that user because (unlike me) their metered connections are also all cable/LAN connections. Mine is wireless.

I've tried disabling DropBox from auto-starting by unticking Start dropbox on system startup in dropbox preferences, but DropBox then still likes to start up uninvited when I connect anyway, quietly appearing in the system tray quietly downloading gigabytes...

My current workaround is to use a firewall that monitors data usage (I'm using Glasswire, which is really easy to use), and forbid dropbox from using the network until I manually re-allow it. However this is open to user error (I could easily forget to untick this when I finish using unmetered wifi), and some applications sneak past firewalls like this by running as a service and pigbacking on "Host process for Windows services", so it's not foolproof.

Glasswire is really easy to use and useful for conserving data because it shows you what is using how much data and where, and lets you shut off individual programs' access to the internet:

Turning Dropbox on and off is as simple as toggling this fire icon on the "firewall" tab, which lists every application that ever ate your data (and therefore also lets you shut off other troublesome data hogs, and spot data hogs you didn't know you had): 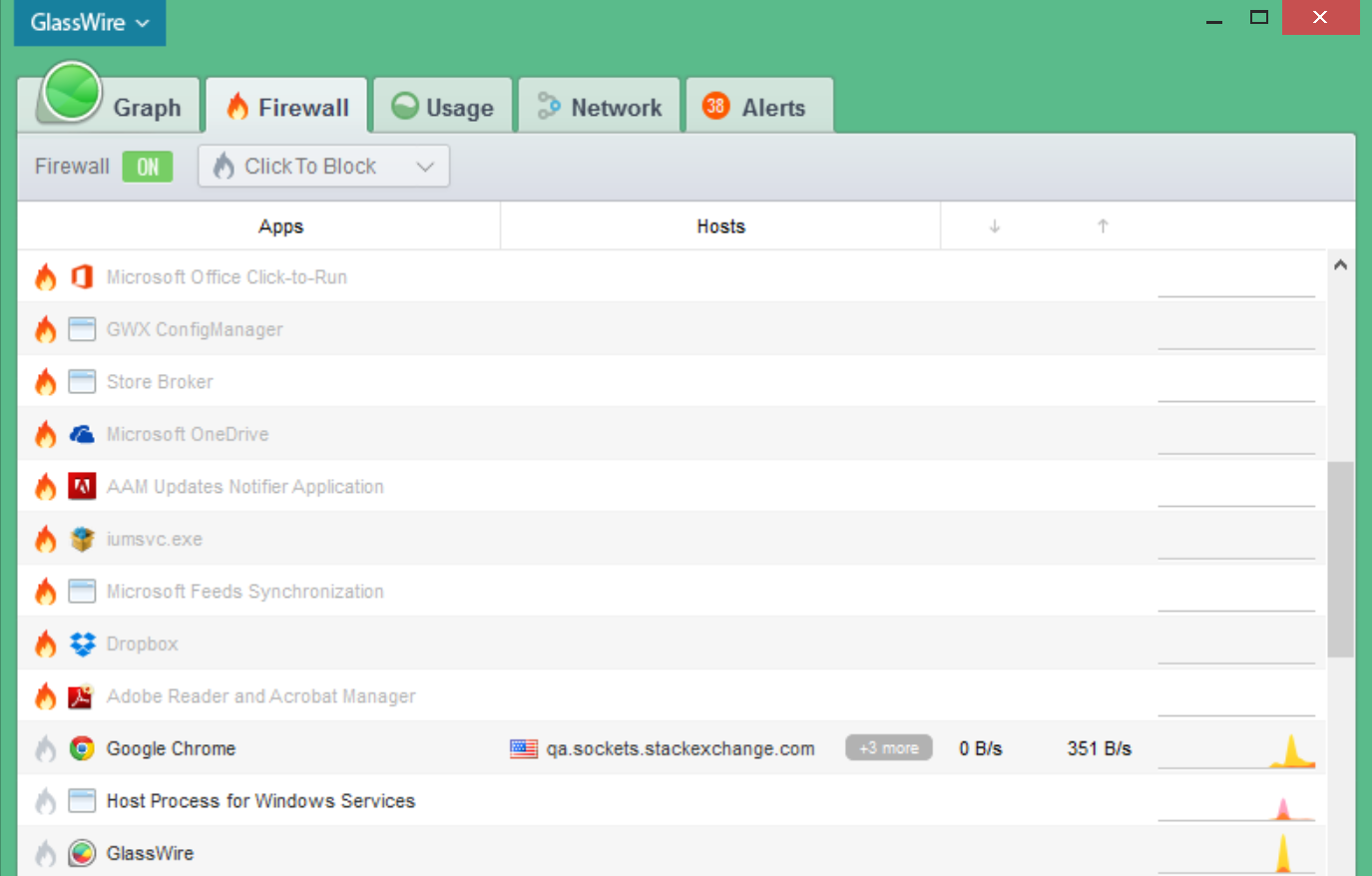 Glasswire starts automatically and remembers your settings, so you can turn Dropbox off once and forget about it until you're on an unmetered connection.

The only problem (and the reason I'm keeping this question open) is that there's a risk you might allow Dropbox to access data while unmetered, and forget to turn it off before going metered again - in which case you wouldn't know Dropbox was gourging itself on expensive metered data until either it popped up a notice to tell you it had finished, or, you happened to look at Glasswire's usage screen.

There's also an issue with some applications sneaking around the back of this firewall using Host Process for Windows Services.

I have this problem on Windows and MacOS, and I use TripMode (https://www.tripmode.ch/) to take care of this for me.

With each connection, you can specify the apps that you're happy using the internet and those that shouldn't. It switches between profiles on each connection for you. And, you can build profiles easily by connecting to something, turning it on (filters all) and then allowing only what you want as you go - it prompts you with each new attempt, so you can quickly work out what to enable. Then, once you've used it for a day save the profile and make it default.

Mine turns off automatically, and on for any USB ethernet (i.e. iPhone tethering in my case) or the hotspot that corresponds to my iPhone. It's also useful to prioritising traffic on slower / capped connections at hotels etc.

Note, it's not free (although it is inexpensive), and I have no affiliation with the company.

Not the answer you're looking for? Browse other questions tagged windows-8.1 dropbox or ask your own question.

5
Dropbox like syncing for Google Docs
7
How to temporarily stop syncing Dropbox
3
How to stop Dropbox from syncing certain folders on certain Os?
1
Stop Dropbox from syncing on WiFi
1
Adding Dropbox link on Windows 8.1 desktop
0
Where can I find syncing rules for dropbox?
6
How to see which applications use “Host process for windows services” to eat metered data?
0
Adding dropbox files over unsecure wi-fi
0
Suggestions for syncing shared Dropbox folder to local folder