I'm getting a new development laptop soon, and I'm thinking of using TrueCrypt to encrypt the whole disk.

What kind of performance drop can I expect? 10%? 30%? More? Also, assuming the workload has an effect, would compiling/using Visual Studio be affected much? I cannot seem to find anything like this on the web.

I don't have specific numbers, but there will be some drop in performance, albeit a slight one.

There was a blog post that described the general performance of complete disk encryption on a system partition and how that can affect the users perceived performance. It seems to indicate that CPU takes a bigger performance hit than the hard disk:

For me the critical question was what kind of overhead does encrypting your hard drive have on the performance of the system as a whole. To try and measure this I used HDTune to measure drive performance before and after encryption with TrueCrypt. Before encryption I saw an average transfer rate of about 47MB/s with my laptop's SATA drive in AHCI mode. Max was about 59.9MB/s and a burst rate of 85.8MB/s with an average CPU usage of 4.1% throughout the test.HD Performance before Truecrypt

After encryption I saw an average transfer rate of 46.9MB/s, peak of 59.7 MB/s, burst of 62.9MB/s and an average CPU usage of 26.7%. I didn't expect it, but that's where I saw my hit. It makes sense when you think about it - the encryption/decryption of the data generally doesn't result in reading/writing significantly more data (encryption and decryption is done at the block or sector level not at the entire file level) so you don't see substantially reduced disk performance.

Tom's Hardware also has a good article, "Protect Your Data With Encryption", that details the performance implications of using TrueCrypt on a complete volume.

Also, see Scott Gu's blog post regarding the speed of the physical hard disk (i.e. the RPM) (Tip/Trick: Hard Drive Speed and Visual Studio Performance) which can make a big difference to Visual Studio's performance whether encryption is employed or not.

There's another post here: What is the Performance Impact of System Encryption With TrueCrypt

I've TrueCrypted my netbook HD (a Samsung NC10). There's no noticeable difference in day-to-day usage (but I don't do anything heavy like compile or use PhotoShop), apart from hibernating and restoring from hibernate, which is dramatically slower.

If you do Tools | Benchmark from within TrueCrypt, you can see the encryption rates for the different ciphers. Use the number of MB/s to determine how long it will take to dump the entire memory to disk. My NC10 take roughly 90 seconds to hibernate (with TrueCrypt), which is inconvenient, but not as inconvenient as it would be if I lost the netbook and had to deal with someone having access to all of my data.

I did a number of tests compiling a large project (takes about 10 minutes to compile) on a Windows 7 desktop. There was absolutely no difference in my build times before and after TrueCrypt-ing the hard drive (using AES).

I already did this. Performance did not drop that much. De-/Encryption is performend in memory. And the newer versions mobilize multiple cores if available. You should settle with the fastest encryption method for more speed. You can benchmark the algorithms in TrueCrypt. AES is the fastest one, using combined encryption will slow down more.

I did not notice any performance backdrop at all, even though there must have been some. Check wikipedia for remarks on performance.

If you plan to encrypt the whole disk the performance drop should actually not be that bad. Unfortunately, I don't have any numbers but the system seems to have about the same performance as before encrypting the disk, when running a standard development environment such as Visual Studio, SVN etcetera.

A file based volume however is much slower and many tasks can take twice the time (again, I don't have any numbers but it is significantly slower).

At the end of the day, all other programs that you install on your computer will probably have much more impact on the general performance than encrypting the system disk.

for what its worth, I have a 4 core (8 threads) machine and use a 1TB partitioned disk, 500GB encrypted and 500 GB non encrypted. Compiling a project on the encrypted partition takes 40 minutes or so and the CPU is idle for most that. Compiling on the non encrypted disk takes around 6 minutes. That's with multiprocessing compiling enabled in VS2010. I think the encryption becomes a severe bottle neck when you have many cores.

My employer install PGP whole disk encryption on my Lenovo W500 and the subjective perfomance hit is a 30% to 50%. Everything is much, much slower. Most importantly start up and all program starts are delayed remarkably. Next issue: is disk defragmentation still working - cannot find any information and the performance hit may indicate there is some kind of issue. Recommend what I do at home: Encrypt data only, don't use hybernation, and ask yourself how important are your data that someone makes the effort to analyze your pagefile.

I'd expect performance to drop heavily when writing but not as seriously when reading. You could monitor your Visual Studio disk and memory usage, compare it with what you can find in the web, and use delayed disk writes whenever possible.

I was TrueCrypt on a 500GB HDD and I am not seeing any performence issues.

But I have partition it so only my OS and Files are using TrueCrypt. The Program Files are in a Different Drive.

I´ve my entyre laptop encrypted since october 2012, i do complile, play, play movies, and no problems, it is slower but imperceptible. I only had some issue tryng to compile a DVD using MS DVD Maker, it takes more than 2 hours, but really i dont know if is because of i use TC, nevertheless i do need use TC because of safe and ri$k$ with my info, the if you don´t need to protect sensitive info is better not to encript. 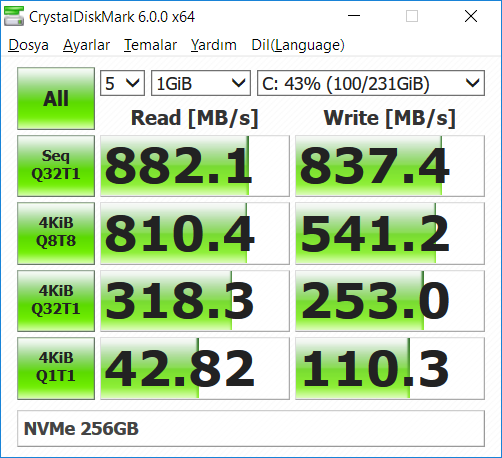 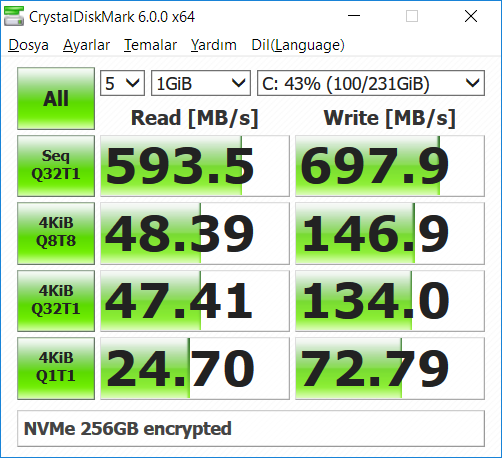 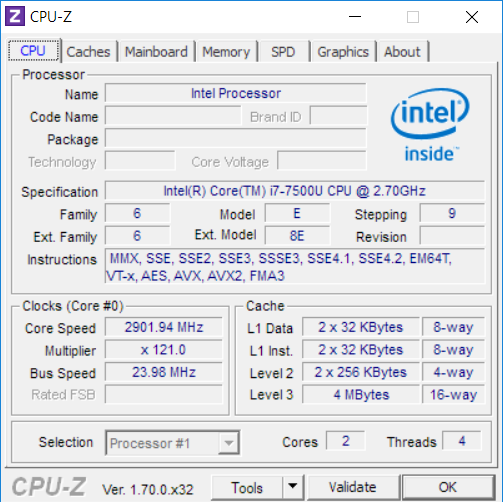 Not the answer you're looking for? Browse other questions tagged performance encryption truecrypt visual-studio or ask your own question.

25
Why is it possible to change the password of an admin user on linux?
2
Storing large amounts of small files into bigger files on Windows
1
HD video editing system with Truecrypt