Why Hard disk labeling starts with C rather than A? [duplicate]

After installing OS, When opening "MY Computer" it shows first hard disk as "C", why so?

Why Hard disk labeling starts with C rather than A? 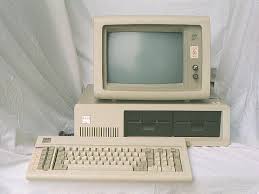 The first floppy drive, the one on the left, is A: and second, the one on the right is B:. When one of those new-fangled hard-disks was added, it became C:. All software assumed that this was how the drives were labeled.

Eventually, when the hard drive became standard, any application program that needed to access an operating system file, it knew to look for it on drive C:. Over time, floppy drives slowly disappeared. But, the assumption that key OS files were on drive C: remained. That is why the first hard disk is C:.

C:\ is the default drive because Windows is built on DOS. In early DOS computers there wasn't a hard disk; only floppy drives. These were A:\ for the first one and B:\ for the second if the computer had two. By the time hard disks came around, A:\ and B:\ were taken so C:\ was used for the default hard disk. We still use C:\ because to maintain compatibility with older software.

32
What happened to the B: drive in Windows and why does the hard drive default to C?
997
What are the Windows A: and B: drives used for?

2
When and why would Windows Explorer lock an external hard disk?
1
Hard disk 'whistles' with high access when nothing is running?
2
Replacing hard disk with bad sectors
3
Why my internal hard disk can be ejected?
1
Is it safe to tilt Hard Disk Drives?
26
Why are optical disc drives slower than hard disk drives?
1
External hard disk is showing more space than it should