For questions regarding usage of the Emacs text editor. See also the Emacs Stack Exchange: https://emacs.stackexchange.com 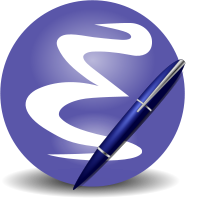 From the official GNU Project Site:

GNU Emacs is an extensible, customizable text editor—and more. At its core is an interpreter for Emacs Lisp, a dialect of the Lisp programming language with extensions to support text editing.

Emacs makes use of a large set of keyboard shortcuts, such as Ctrl+F for moving forward one letter and Alt+B for moving backwards one word.

Other features that are used by programmers include:

Some read email, news, twitter, IM or even web sites within Emacs.

Emacs is one of the two editors involved in the editor wars, along with vi.

Missing Emoji in Emacs and Firefox