GNOME is a desktop environment/graphical user interface that runs on top of a computer operating system, most notably Linux and the Java Desktop System which is part of Solaris.

GNOME is a graphical desktop environment for Unix-like operating systems, most notably Linux and the Java Desktop System (part of Solaris). GNOME is developed with a focus on usability, accessibility, and developer-friendliness.

GNOME was originally developed by Miguel de Icaza and Federico Mena, university students at the time, in response to kde's licensing issues with their widget toolkit, Qt.

GNOME 3 is the latest major iteration of the GNOME desktop environment, featuring a new interface known as GNOME Shell; it is written in C/C++ and JavaScript. 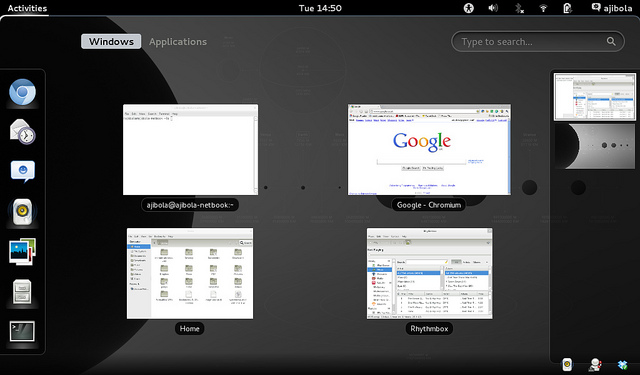