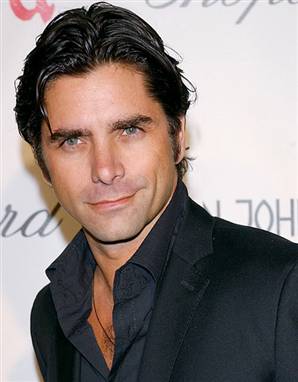 My original family name is Stamotopoulos, which was shortened by my grandparents when they came to America from Greece. My parents are Bill and Loretta (Phillips), and I have two younger sisters, Janeen & Alaina, both school teachers. My first professional role was as Blackie Parrish on the daytime soap "General Hospital" (1963) from 1982-1984, for which I won two Soap Opera Digest Awards (1982 and 1983). In 1987 I began the role of Jesse on "Full House" (1987), which is my best-known role to date, spanning eight years. At my request, the writers of "Full House" (1987) gave my character the last name of Katsopolis, instead of the original character's name, Cochran, in order to highlight my Greek heritage. I have played drums occasionally with The Beach Boys since 1985, and directed their "Hot Fun in the Summertime" video. I expanded my career to include the role of J. Pierrepont Finch in Broadway's production of "How to Succeed in Business Without Really Trying!" in 1995, showcasing not only my musical talents, but my dancing ability, as well. On September 19, 1997, I married model Rebecca Romijn of MTV's "House of Style" (1989), which was the first marriage for both. We were officially divorced on March 1, 2005.

All Questions Answers
Votes Newest
1 Use name instead of IP address to access home network behind a router Nov 28 '19
0 Where do you find the file lists that Microsoft collects from your system? Dec 12 '19
0 Is this list of Notepad++ plugins still accurate? Nov 12 '15